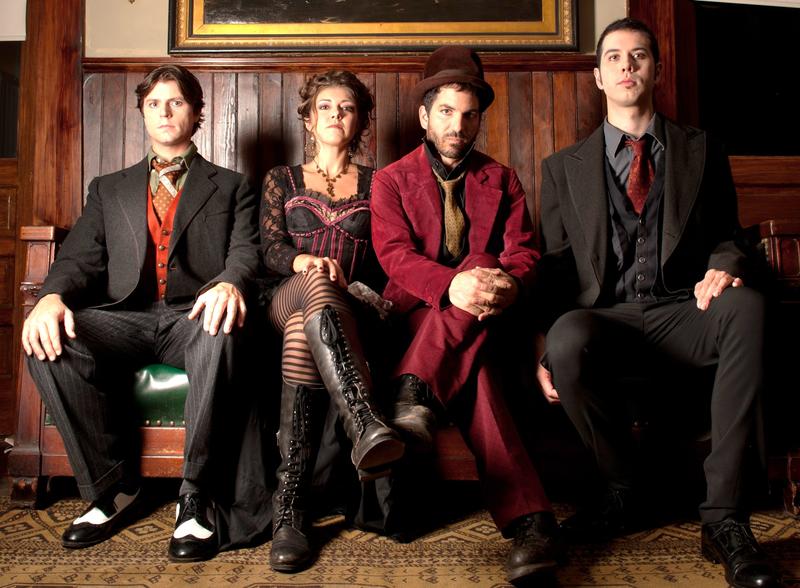 The talented batch of musicians from Bridgeport, CT known as Caravan of Thieves have a 5 year celebration coming up and they have invited everyone to join in. Friday, March 22 is the anniversary of the first show that Carrie and Fuzz performed opening for the Ryan Montbleau Band. In the Spring of 2008 Ben Dean and Brain Anderson joined the band. They added depth to the band with a violin and double bass. During the past five years the bands has won over fans across the globe with their heartwarming blend of alternative acoustic rock music.
The band is performing live Friday, April 12 at Webster University Grant Gym in Webster Groves, Missouri. This show will start around 7 PM, and we will be there to cover the action. The band is also set to roll out music at the 2013 Summer Camp Music Festival. Below is a link to their site, and their current tour dates.
We interviewed and talked with the band this past December in Macomb, Ill. Check out the performance playlist below to hear some live music by Caravan of Thieves.

Umphrey’s McGee Releases ‘it’s not us’ from I.V. Labs Studio in Chicago

569FansLike
327FollowersFollow
4,554FollowersFollow
1,540SubscribersSubscribe
Crescent Vale 2010 - 2020 © Theme by: Newsmag
We use cookies to ensure that we give you the best experience on our website. If you continue to use this site we will assume that you understand our policies. Ok