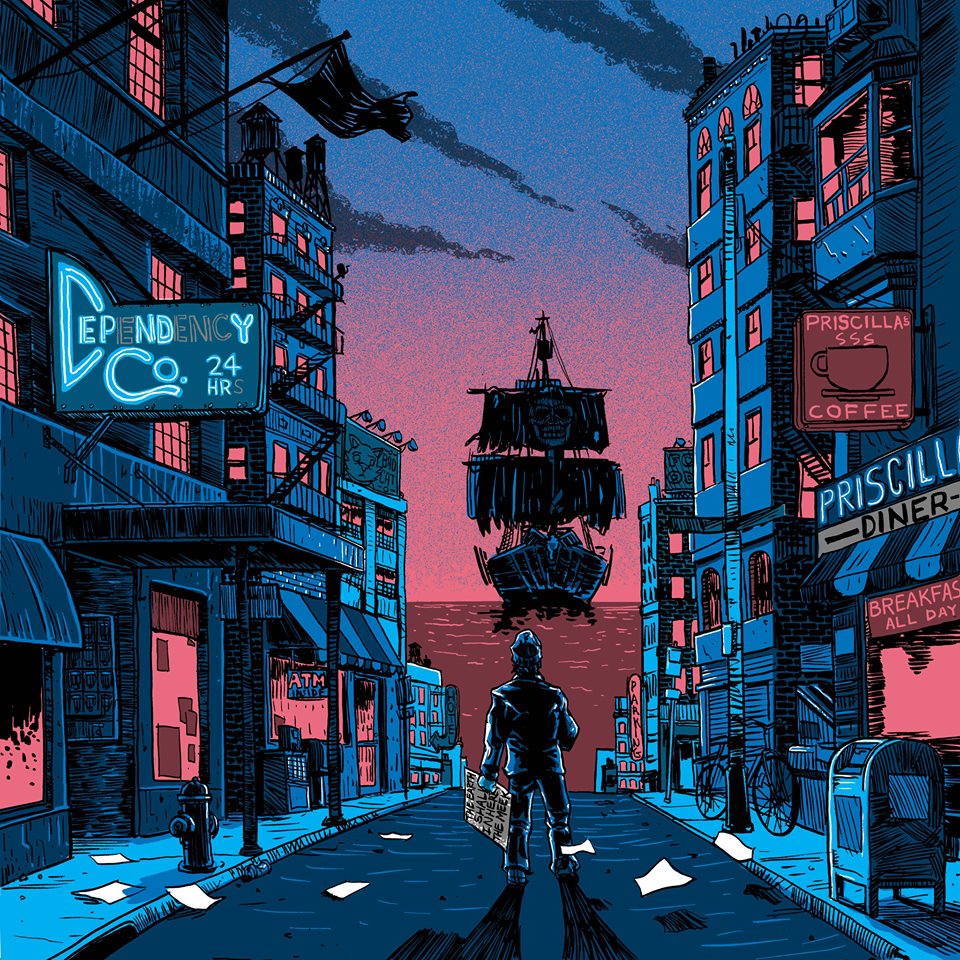 Head for the Hills recently put together a Kickstarter campaign to help finance their latest record Blue Ruin independently with the aid of their fan base. The album was recorded at Swingfingers Studios in Fort Collins, Colorado with additional recording taken place at Steak Labs Studio in Louisville, Colorado.

The band is made of up Mike Chappell on mandolin, Adam Kinghorn on guitar, Joe Lessard performs the fiddle, and Matt Loewen on bass. Over the past three years I have built a tight bond with the band, and have been looking forward to hearing this studio album for over a year. This was my first time funding with Kickstarter, and I am excited to help out another group of artists in the future.

During live shows the band would test out the tunes live for crowds around the country. It is a smart way of connecting audiences to material that is released later on record. Two of my favorite tracks that I listened to beforehand was ‘Scrap Metal’ and ‘Never Does’ during their live performances. Both songs have a wide range of room for the band to take the structure of the songs on a thrill ride for audiences during live concerts. ‘Never Does’ provides an additional vocal backing with Erin Youngberg on the studio version.

The self titled track ‘Blue Ruin’ strings together a complex web of emotions into a beautiful song that sparks the imagination in a contemporary fashion. Kathleen Starr and James Thomas guest spot on this special track.

Head for the Hills – ‘Blue Ruin’

‘Breakfast Noir’ and ‘Priscilla the Chinchilla’ are an instrumental tracks that the band performs on Blue Ruin. The genre of music that these songs create is a unique style of upbeat classical bluegrass. Joe Lessard has spoke to me in the past about being trained on the fiddle in a classical manner. Each time I hear Lessard play the fiddle I feel lucky to have been able to get to know the band.

Blue Ruin takes listeners on a delightfully painful view from the eyes of a musician in 2013. Head for the Hills stirs depression and pleasure together in a melange of burning hot talent ready to take over your central nervous system.

Experience the new album live on the road with the band at one of their upcoming shows.