Cast Down the Apple River with Big Gigantic & Friends

The Summer Set Music Festival in Somerset, Wisconsin is coming up this August 9-11, and we have the scoop on all the happenings at the event. This article will feature performing artists, audio tracks, late night info, scenes of the Apple River and much more. Get ready to coast down the river in style this summer.

The festival started last year in 2012 with a gigantic boom on 160 acres. There is a capacity of 32,500-40,000 guests, and a wide selection of VIP camping spots available. This year they have added an additional stage, and brought in some fresh talent to mix things up. Big Gigantic and Griz are making a comeback this year, as well as many new faces that are stacked in the 2013 lineup.

Another major change this year is the late night acts moving away from DJs to live bands. Pretty Lights was a 2012 Summer Set artist, and recently released a new record incorporating live instrumentation into: A Color Map of the Sun. It is a sign that people want a lively show when going out to a concert in 2013, and the Summer Set Music Festival has done an excellent job of noticing that trend and making the proper adjustments to meet the demands of the crowd. Listen in to EOTO’s music below. They will be performing late night on Saturday, August 10 located at the Grove Tent between the North and South Campgrounds from 12 a.m. – 2:30 a.m.

I interviewed EOTO last May at Summer Camp before their headlining set, [Web Link]. The band does not pull any punches during their performances. After seeing three shows, I am starting to grasp the spontaneous nature that takes place during their live shows. EOTO has an audio and stage that is unprecedented compared to other acts, and is a must-see performance at the 2013 Summer Set Music Festival.

Beats Antique is geared to make their Summer Set debut on Friday, August 9. Tommy Cappel, drummer and beat maker for Beats Antique is currently headed to Los Angeles. He just wrapped an interview with us on the phone. Cappel mentioned that he is a more lazy river kind of guy. “I’ve never been to this area, and I am really looking forward to it,” Cappel said. Check out their latest tunes, and rock out to their live set at the 2nd Annual SSMF in Somerset, WI.

Big Boi, Common and Blackalicious are set to perform this year. Listen in to some of their tracks via SoundCloud. Last May, at the Summer Camp Music Festival, Big Boi suffered a knee injury on stage. I was covering that show and watched the freak accident take place. Big Boi is currently still set to rock in Somerset, but might be still feeling the effects of the injury.

Big Gigantic and Griz are making a big return on Friday, August 9. They recently released ‘Power’ and have been mixing it up on stage around the country this year. Big Boi is also set to perform on Friday evening. The anticipation for these sets are at an all time high for memorable on stage moments.

Girl Talk has brought up having new material for his summer tour. It will be a thrill to see what new mixes he has ready for the Summer Set crowd. This will be my fourth Girl Talk show, and I am planning on walking into a pit similar to his Bonnaroo 2009 late night performance. 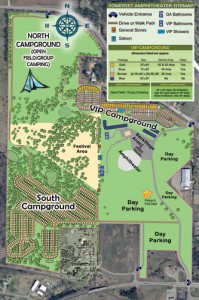 Single day tickets with camping is now available for guests pick up at: http://www.clubtix.com/summersetfest. Late night shows should be counted into the price of the ticket, along with the camping charge. (I understand it is part of the law system to charge for camping separate, but the Summer Set crowd needs to work with that law, instead of against it.) I would recommend a tier system next year, so fans understand what accommodations run with their ticket price. It would be easy to work in VIP upgrades as well into this system. Have a set of dates available for the public to view when ticket prices will increase, and provide a transparency that guests need to experience. One thing about this event that I can tell already notice is the love and support that goes into the Summer Set Music Festival.

Overall the festival has made improvements to the grounds, lineup and overall structure to the event. I am grateful to be covering SSMF for the Crescent Vale Network. We are based out of Southern Illinois. The drive will be long, but well worth it in the end.