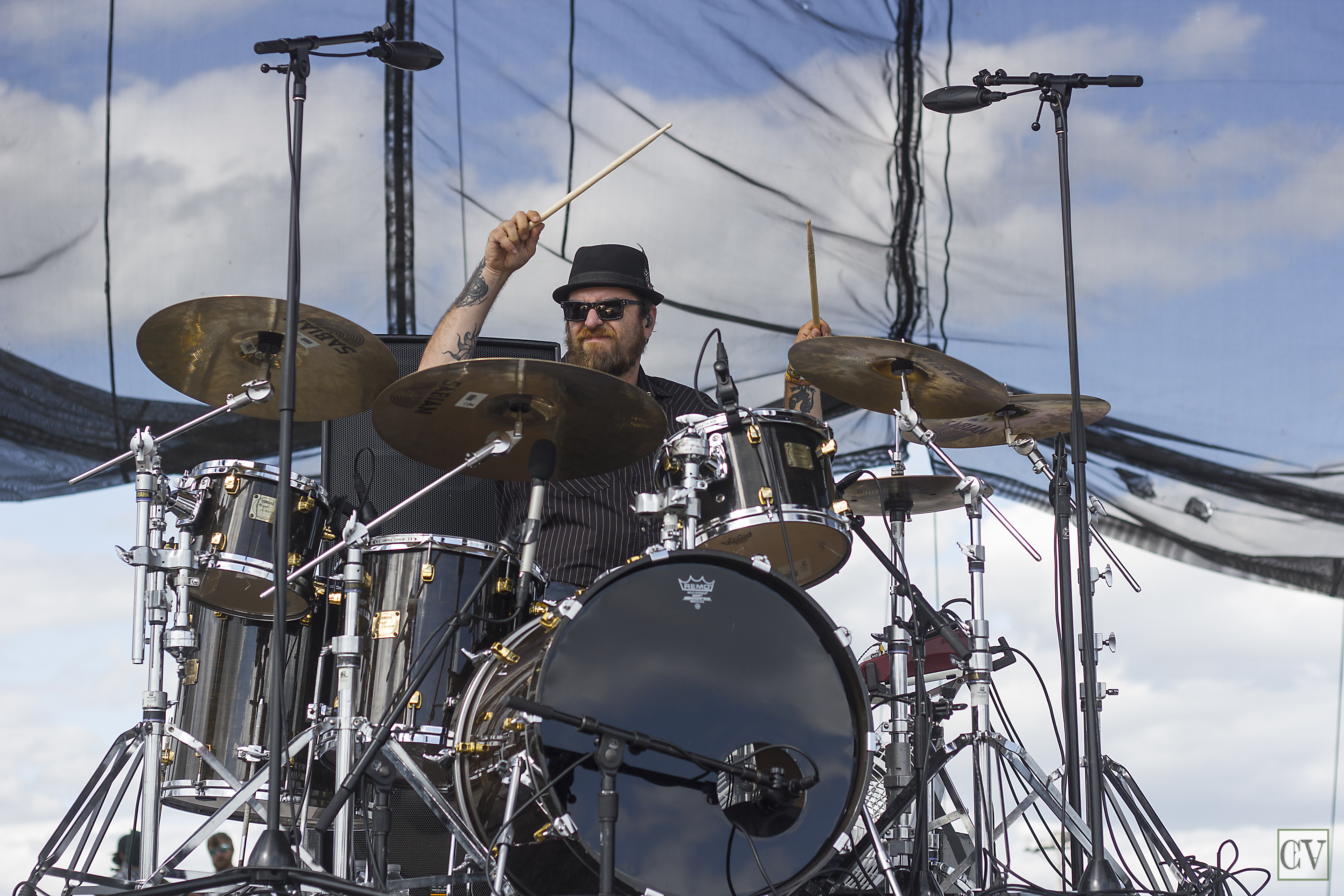 The band known as Beats Antique have been creating a large stir collectively since 2007. Oakland, Ca is their home base. This summer the band is continuously touring, as well as simultaneously producing their next album. The ambition that flows through this band is at an all time high. It was a pleasure and treat to be able to talk with Tommy Cappel, drummer in Beats Antique, as he traveled into Los Angeles on Friday, July 12.

Beats Antique have been creating unforgettable and spontaneous moments all year with special performances throughout the summer. This summer they will be stopping by the All Good Music Festival in Thronville, Ohio on Thursday night to cap off the entertainment for the day. The following day the band will be performing at Red Rocks Amphitheater outside of Denver, Colorado.

Q. Is being innovative ever a goal, or does it come naturally for the group?

“I feel like it is both. We like to push the envelope for sure, but as far as the innovation goes, I think we just come up with ideas, and we are pretty creative people. We just kind of put it all together, and sometimes it works and sometimes it doesn’t. I mean, sometimes we have been so innovative that no one even gets it, (laughs). Which may not be innovation, and may be failure. We just have a good time. It is fun to shake things up sometimes, and it is necessary these days in the state of the music industry. We try to have fun, and I think having a marching band made up of your fans is super fun. It is also a lot of hard work,” Cappel said.

The band is currently working on a new album with a release date set for October 1st. During the discussion with Cappel, he mentioned how the creative process went down on past albums, and how things are flowing together on their latest album “A Thousand Faces” due out this fall.

Q. In the past, Beats Antique have worked John Popper, harmonica player for Blues Traveler. How was it working with him as a musician?

“He is a fabulous musician. We basically met him at SXSW, just a causally hi, hello kind of thing. Our manager was also managing Blues Traveler, so the next night we played at a party that our management company was having, and John came through and we asked him to sit in with us. We went on to play this song, and would point to John when it was his turn. Super casual. We had a blast, and it sounded really cool. We have never really heard harmonica and glitch hop go together. It was really fun to see how that would work. He had a good time doing it, so we called him up, and had him record on the song. We sent an audio engineer to his house, out in Seattle. He setup his computer, a microphone and sound guard next to John on his couch,” Cappel said.

Q. Can you talk about the production progress on the new album “A Thousand Faces” coming out soon?

We just came upon our deadline, where we have to have the album done. Yesterday, we officially finished it. The release date is set for October 1st. For the last three months, we have been slaving away at this album. It is the first part to a two part series. Along with the fall release, we are doing a full new show that includes 3D mapping, video production and all sorts of little exciting parts.

Q. The band is closing down the entertainment on Thursday night at the All Good Music Festival this year. Is there any additional pressure being the closer at a music festival compared to having another stage time?

Yeah, it is quite an honor actually having that block. We closed down Electric Forest, and it was really beautiful. At All Good, we get to put the cap on the night. It is the accumulation of the fans night. Places like All Good, the people are there for the music. I feel like we are really honored to be in that time slot.

Thank you so much for sharing the history and future plans on the band. I’ll make sure to see what you have ready at the All Good Music Festival and at the Summer Set Music Festival this summer, and be ready for the fall release in October.