The Crescent Vale Network is excited to announce that we will be covering the inaugural Lockn’ Festival in Arrington, VA this September 5-8. The festival grounds look breathtaking, and we are ready to capture the beauty and scenic value of the land. Stay connected to our social networks for breaking news on the event. Performing acts include: Widespread Panic, Trey Anastasio Band, FURTHUR, The String Cheese Incident, as well as the rest of the lineup that is overflowing with top tier talent.

The Story Behind Interlocken to Lockn’

The promoters of the Interlocken Music Festival have made some major announcements, the most significant of which is that the name of the event itself has changed. The festival, which will take place on September 5-8 at the Oak Ridge Farm in Arrington, VA is now known as Lockn’. Festival co-founder (and Relix publisher) Peter Shapiro explains that a few considerations went into the decision. “The logo has started to take on a life of its own, and the feedback we’ve received is that people really appreciate how the music and all elements of the festival are locked into one another. Given the spirit of an event where we’re encouraging musicians to take chances, we wanted to make the change now. We also wanted to reflect the fact that Lockn’ is such a unique festival that it deserves its own unique name. Having said that we’ve also made some interesting discoveries about the origins of the word.” – Web source at: Relix

Less than two hours away from Richmond, a new music festival is launching this year. The Lockn’ Festival (name change!) will be bringing Grace Potter, Punch Brothers, The Black Crowes, Gov’t Mule, The String Cheese Incident and more to the hills of the Shenandoah Valley. – LOCKN’ Fest 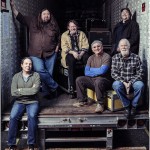 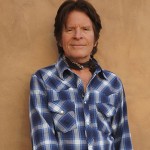 The buzz surrounding the summer music festival has been circling around John Fogerty sitting in with Widespread Panic at the LOCKN’ Festival on Saturday evening. John Fogerty is a singer/songwriter legend, and his music still lives on with material by Creedence Clearwater Revival. He is going to take on the wild world of Widespread Panic during his set with the band in Arrington, VA. 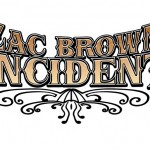 The Zach Brown Band is an Atlanta cornerstone of the country/modern folk music scene. Their music gives life to the contemporary country pool of talent. The Zach Brown Incident is another brilliant idea that the band will be producing a once-in-a-lifetime set of music live on stage with The String Cheese Incident on Friday night. This festival is packing the stage with the biggest and best names in the current music festival scene. Check out their new album at: Uncaged. 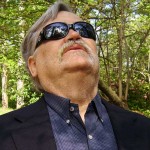 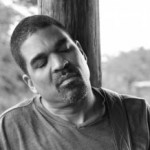 Col. Bruce Hampton has been making music since 1963. He has been in constant motion ever since leaving a trail of memorable live performances with his many bands, including The Late Bronze Age and Col. Bruce Hampton and The Aquarium Rescue Unit. One of the special sets of music going on occurs live on stage featuring Col. Bruce Hampton, Oteil Burbridge, and many other guests sharing the stage on Sunday. 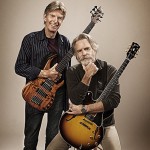 FURTHUR will be performing three nights during the LOCKN’ Festival this September 5-8. On Saturday night the band will be playing “Workingman’s Dead” in its entirety, as well as other grate music throughout the night. The band has been scorching hot recently, and their All Good Music Festival set was another reason not to miss this set. Grace Potter will be on hand during the weekend, so we may get to see her once again share the stage with FUTHUR to create unforgettable music together. 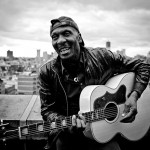 Jimmy Cliff is another music legend that the LOCKN’ Festival has brought in for their first year celebration. His legacy in reggae music stretches back for decades with classic hits such as ‘The Harder They Come’, ‘Many Rivers to Cross’ and ‘You Can Get It If You Really Want’. Right now he is on a cross country tour and should be geared up and ready for the LOCKN’ crowd.

LOCKN Music Festival on hold due to weather

570FansLike
327FollowersFollow
4,616FollowersFollow
1,540SubscribersSubscribe
Crescent Vale 2010 - 2020 © Theme by: Newsmag
We use cookies to ensure that we give you the best experience on our website. If you continue to use this site we will assume that you understand our policies. Ok