UV Hippo Gets Rowdy in Colorado with Luke the Knife

Words and photos by Matthew McGuire

Luke the Knife presented an after party following a BoomBox performance Friday evening, and UV Hippo returned to Colorado in style to open the show. The band had not been in the state in 8 months, and the fans were pumped to catch a free show.

Boulder is a booming town that has a vibrant live music scene. Guests can hop from venue to venue in a nearby and inviting downtown area. It was my second time in Boulder. I love the vibe, street musicians, live music cranked up on the main avenues and the overall atmosphere.

This show was a highlight for my trip out west to cover the Sundance Film Festival in Park City, Utah. Mountain towns have a seductive feng shui in regards to the architecture. The Lazy Dog and the crew were the ideal group of people one would want to hang out with on a Friday night. 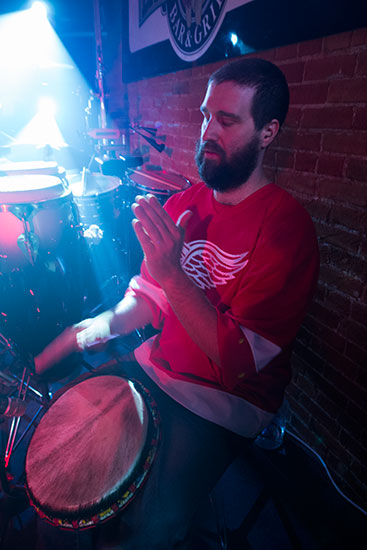 Luke Miller, guitarist and keyboardist for Lotus, also has a side project he is producing titled Luke the Knife. Last night at the Lazy Dog in downtown Boulder he put on a rocking good show. A fight broke out nearby, and Calvin reminded the crowd, “if you can’t show love, don’t show nothing.” The crowd for the Luke the Knife show was upbeat, sexy and clam overall.

Virtual Reality on Display at the Boulder International Film Festival

Talib Kweli, Niko IS with DJ Spintelect Get Rowdy on Tuesday, February 27 at the Fox Theatre in Boulder