The Crescent Vale Network has landed in Park City, and the ride has been unforgettable. We are currently based out of Carbondale, Illinois. After driving for three days, and risking physical health, we have found the true meaning of cinema at Sundance Film Festival. The first film we review is ‘Happy Valley‘ by Amir Bar-Lev. The film runs 100 solid minutes, and was premiered under the Doc Premier category.

This screening marked my first time watching film at the Sundance. It was an eye opening experience from the moment I stepped on the grounds at The MARC. There is a clear demand of cinema at this event. Guests arrive an hour before, or sometimes even longer, to grab good seats for each screening. As I walked into the indoor area for the line, I was quickly greeted by Sundance volunteers. The staff and volunteer team is above par when it comes to support. They all do their best to ensure each guest has a chance to see the film. Each venue has a selected amount of seats available, and during ‘Happy Valley’ only 5-10 reminded open, which may have been for the volunteers. They stood the whole time so guests could enjoy the film. It was thoughtful. 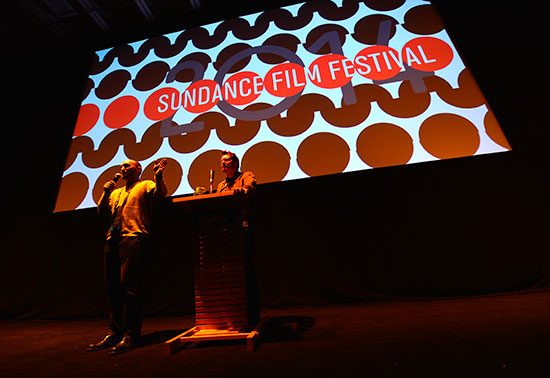 Football has a place in the film, but its not the main focus. – Amir Bar-Lev, Director for Happy Valley

Once I was seated, the film instantly grabbed my attention and didn’t let go until after the Q & A session with Amir and Matt Sandusky. The documentary featured the over-sensationalized story of the Penn State sex abuse scandal. It opens up by glorying the accomplishments of Joe Paterno, former head coach of the Penn State football team.

There is an over-hyped worship value that America has given football on the professional and college level to keep people distracted from the high taxes they pay, high unemployment, and corruption in the government. It is obvious the NCAA and NFL work directly with the government, and helps push their agenda through to the masses. This film helps identify the insanity that plays into the glorification in media regarding sports in our country.

‘Happy Valley’ begins to go through different points of view on the scandal. It makes for honest cinema. I love documentary film when it can deliver new points of view on a complex issue. The child abuse sex scandal at Penn State was important to bring awareness for victims all around the world. It is my goal to show the problem of abusing one another without over-sensationalizing the story. As a media producer, I find a great deal of responsibility when reporting certain news stories. ‘Happy Valley’ produces an unprecedented look at how mainstream media creates a “shaming spectacle” on iconic figures.

Recently I have been going through how upper level executives in media make decisions in regards to musicians, politicians, coaches and athletes. There is a pattern of pumping distribution into certain figures, and dropping them from the spotlight when convenient to their organization. I was not aware Joe Paterno put in 61 years to Penn State. The film shows how they released him, and some of the reasons why. It is my opinion that justice is a grey area, and people like to judge one another based on their view of justice. The film points out several times that Joe could have done more to bring awareness to the sketchy behavior of his assistant couch. Joe Paterno did file one complaint, but most likely was not given the chance to move forward. Put yourself into Joe’s shoes for a second. You have a long-term assistant couch that is a little too friendly with small children. You report the case to your boss, and the upper level executives of the program overlook the case. At what point does society stop pointing the finger at Joe, and start pointing it at corrupt executives? 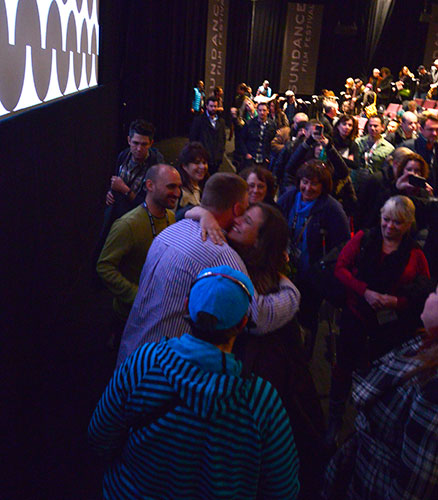 Its been quite a journey. My story has been told so many times, by so many people. This was my chance to help tell the story that my family and I have been through. It means a lot that we can still come home and bond together. – Matt Sandusky, actor in Happy Valley

The film provides light to the insanity of American football. One of the younger fans tells his story throughout the film, and during the end he leaves town. I wish we would all “leave town” and stop over-consuming any one medium. Life is too short to watch grown men run around a field after a ball when wars are being fought in our name, people are dying worldwide from common resources, and human beings are being abused without us giving them the proper time to take care of one another. Matt Sandusky joined Amir Bar-Lev during the Q & A session, and provided his view on the story.

Overall, this film was an excellent choice to start off my Sundance coverage. It brought me closer to the audience and producers at the event. Stay connected for more reviews, and connect with the Sundance Film Festival online to catch all the action going down in Utah over the next week. 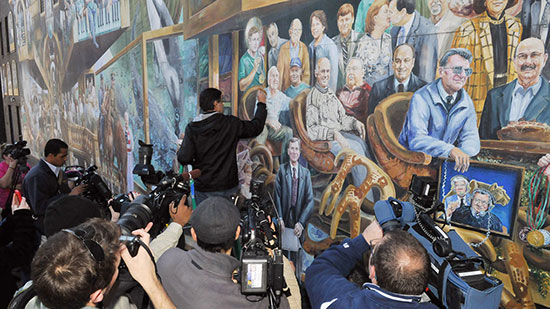