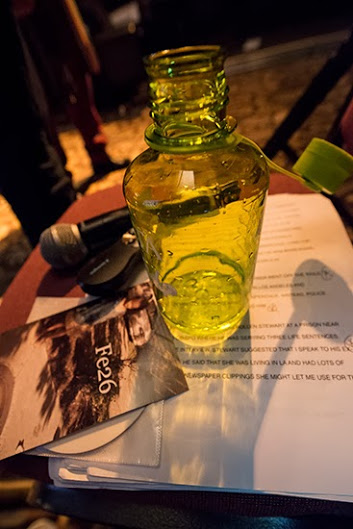 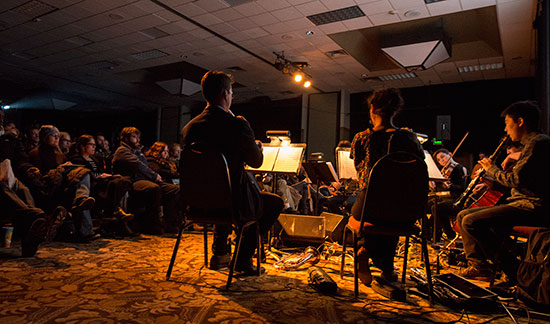 The action continued at the Yarrow Hotel Theater on Monday, January 20 with Sam Green’s ‘The Measure of All Living Things’ with Y Music. Sundance is known for breakthrough creative projects, and Green’s live performance hit the nail on the head. It was my first time experiencing a film screening with live narration and a live score from Y Music. Overall, it was the most advantageous project I have witness during the 2014 Sundance Film Festival.

One of the exciting elements to seeing a show at Sundance is the serious gambling of time that takes place. This is true for filmmakers and audience members. From the filmmaker’s perspective they may not catch the buzz they desired from their screening, and from the audiences point of view, they may not be able to watch a preferred film. Michael volunteer at Sundance, provided insight on the first few days demand to see certain films. 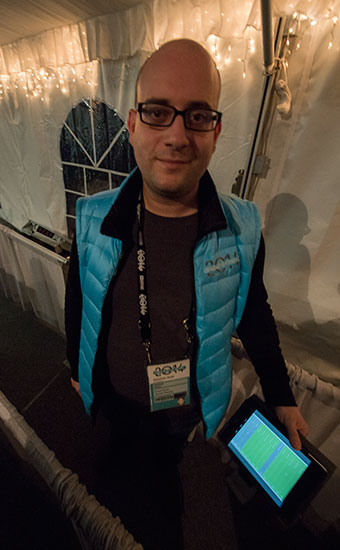 We had to turn away 100 people at the first movie we screened here. – Michael, Sundance Volunteer

The crowd at Sundance was festive, polite and extremely interactive. Christian Bruno, had a birthday sign along in the waiting line, and spoke with Sam after the film wrapper. Most of all the audience members are respectful beyond normal expectations. One of my good friends pointed out, “when I see someone doing something nice, it makes me give back as well.”

Sam Green, is a New York City–based documentary filmmaker and he returned to Sudance with high spirits. During the first part of his screening a technical error provided Sam with comedic elements to crack jokes on with the audience. After they worked on the kinks, Y Music joined him for the live presentation. The band is a sextet made up of Hideaki Aomori, CJ Camerieri, Clarice Jensen, Rob Moose, Nadia Sirota, and Alex Sopp. I bought their cd after the screening, and have it in around the hotel room to relax to in between films.

‘The Measure of All Living Things’ covered different Guinness World Records. It was a delight to hear Green’s perspective on different subjects that he interviewed for the documentary. He brought a fresh take on the book, and was the funniest filmmaker at Sundance this year. His timing was impeccable. Y Music did their best at perfectly timing their songs to Green’s transitions during the live performance. 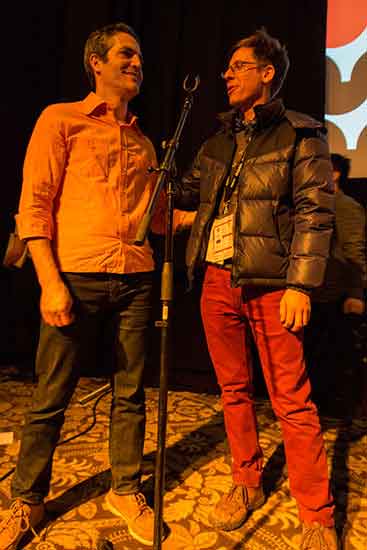 “The failure moment. Oh yeah. This is it.” – Sam Green and Christian Bruno joking about the techinical difficulty.

After the screening, Sam talked and laughed with guests on their viewing experience. When guests, like Karen on the bus, ask about which film stands out the most, I answered, “The Measure of All Things”.There is a screening tonight, Tuesday, January 21. Make sure to add this film to your not to miss Sundance 2014 list.