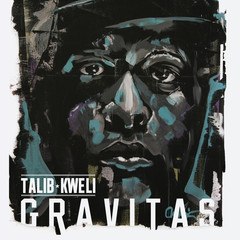 In the latest project by Kweli, he relates the current metaphysical struggles that the world faces to his dripping wet lyrical inspiration from beginning to end.

Talib Kweli returns to the studio to release “Gravitas” in late 2013. Currently fans can download the digital album directly from Kweli’s main website. This step in self-distribution is one small step for Talib, and one giant leap for independent art. We at Crescent Vale, thrive on independent art. We release all of our own work with very little support from outside distribution circles in hopes to suppress our voice, but as Kweli points out in track one, “make up your own rules.”

We have seen large distribution platforms fail from not listening to their audiences. It is clear that the independent voices are making waves in music and film. This month we are covering the Sundance Film Festival to show the benefits of indie film, and the impact it has worldwide.

Track two, ‘Demonology’ features Big K.R.I.T & Gary Clark Jr. Kweli points out his demons and the pressure he faces as an entertainer. As a music journalist, I understand the travel schedule, the lack of resources, demons and the pressure he faces. My point of view on this is similar to Noel Gallagher. “We’re living someone else’s dream.There are kids playing acoustics guitars in bars in Australia and all over, and just fucking god, ya know. Kids dreaming to do what we do. To be here sitting in front of this camera, in this cabin with these shitty lights. It’s someone else’s dream. And how dare rock stars moan about the pressure. This is the greatest game in the world, and it should be treated as the greatest game in the world,” said Gallagher.

Deep down I know Talib loves his profession, and loves what he does. I’ve been following his work for over a decade, but as a critic, I want to point out that even this review itself is living out a dream for a lot of inspiring youth authors. The fact that this review will be seen in over 100 countries blows my mind. I understand demons, and the pressure, but I want to add that we inspire people to live out their dreams to make this world a better place. The tradeoff is worth it for me. 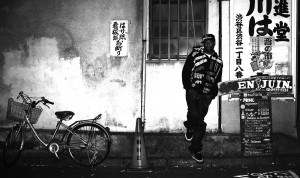 Track three, ‘State of Grace’ featuring Abby Dobson goes into fate and opportunity. Talib goes into the importance of political movements in comparison to the typical mainstream agenda. There is no doubt that political icons should turn to Kweli for advice. His point of view is invaluable to what people need to be focusing on in 2014. Dobson provides a soulful element to the song with her juicy vocals.

‘Violations’ features Raekwon, and supports the championship music theme. There was a point in time when failure was an option. When I listen to Raekwon and Kweli, I feel that urgency to spend time on content, and their lack of complacency overall. The track has a danceable beat, and would be one of my top picks on “Gravitas”.

Track five, ‘Rare Portraits’ had me grooving so hard it made writing this review a little difficult. The piano mixed with the New York City beat had my entire body moving as I soaked in his deep lyrical content. He makes a reference to the Iron Skeik in this track, as well as the Cobra Clutch. Which I find interesting because Kweli recently toured with Macklemore and Ryan Lewis, and in their track ‘Gold’ off “The Heist” drops the Cobra Clutch reference as well. The reason I love these reference is due to growing up with WWE, and relating to the golden era with my favorite independent artists. As an indie artist myself, I have felt the grip of opposing points of view most of my life, and I understand the mindset it takes to overcome diversity. Thank god for inspiration.

“I got the golden touch. Plus my Iron Sheik got the game in the Cobra Clutch” – Talib Kweli

Track six, ‘New Leaders’ featuring UnderAchievers is a high energy song that is good to put on during a workout. Kweli makes music that can be played in vehicles, gyms, stadiums and small bedrooms in mid-level college towns. The inspiration in this track pours out from second #1. It is clear that the current system is broken, and the world needs a new set of rulers to solve problems instead of running from their metaphorically.

‘The Wormhole’ is track seven. 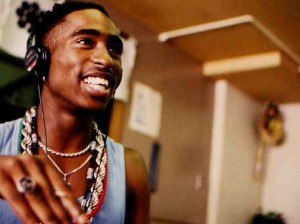 “Niggas be telling me about this Illuminati shit while I’m in jail right. That is another way to your self esteem low, that is another way to keep you unconfident. And I’m putting a K in it, because I’m killing that Illuminati shit. Trust me, if these mother fuckers wanted to kill you, why they going to tell Farrakhan, why they going to tell the Nation of Islam, why they gonna tell this nigga in jail about the plan? How did he know? How did it leak to him? Who told him? Who told him? The pope? Who? Because the clothes and money. Come on man, get the fuck out of here.” Tupac Amaru Shaku

This opening is one of the most interesting intros to a song I have ever head in my life. I have been researching the upper level decisions being made by studio executives, politicians, news outlets, and the influence their decisions have on the public. For years I was unaware of the hidden agendas being pushed on me through media.

Talib takes a stand in this track against what people want to project as the Illuminati. There is private banking systems, and private prison systems setup to enslave people across “free countries” with Democracy based governments.

Now look at our country in 2014. Do any of these objectives look like reality? Or do you feel these objectives have been pushed to the side in order to pay for military spending? If you could make more money on enslaving people with “Democracy” and making individuals pay income taxes, would you provide low interest rates, or go after undeveloped countries in order to make them pay income taxes to benefit the private banking system? Greed must end, and I am here to see that Democracy has a chance in the future.

‘Art Imitates Life’ featuring Black Thought, Rah Digga & ALBe. Back represents track nine. This song severs a complex way of viewing duality in art. It is clear that art is powerful. Positive energy is contagious, as well as negative energy. We love what Kweli has done with #Gravitas. We hope to meet up with Kweli at SXSW this year. Stay connected to our network for updates, and quality music for artists of all different shapes and sizes.

Talib Kweli, Niko IS with DJ Spintelect Get Rowdy on Tuesday, February 27 at the Fox Theatre in Boulder

SXSW Releases Round One of the 2016 Speakers and Performers