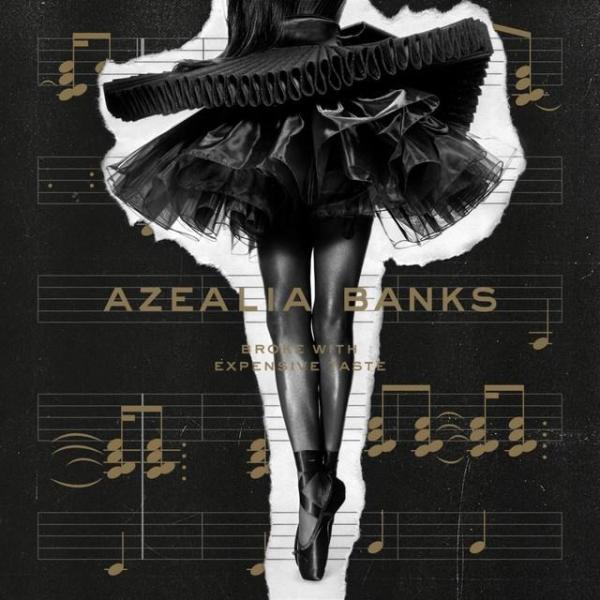 Azealia Banks is the next Queen of hip-hop.

This Harlem native is spitting bars of fire that we compare to Notorious B.I.G. Her latest album “Broke With Expensive Taste” is a timeless piece of creative energy that samples and features beats from multiple cultures. The album was released via Prospect Park, and Azealia is now promoting the album.

Her northeast attitude lights up any room, and her performances are relative to her above par work in the studio. This album has time and serious thought put behind it. “Broke With Expensive Taste” is a sophisticated piece of work. It may take a sophisticated audience to understand her work, but it has plenty of mass appeal for younger audiences to enjoy music with a little more depth.

‘Idle Delilah’ is the opening tracks, and it sets the tone well for the rest of the album. The uptempo beat mixed with Bank’s goddess like vocals is enchanting and instantly addictive.

Her tough, in-your-face nature is undeniably sexy. She has been working with music for almost a decade now, and her hard work is starting to pay off in the studio.

‘Gimme A Chance’ makes me want to call up Mase and have him listen to this track. Those two would make classic Harlem music together. The horns and use of turntables is an excellent mixture with the latin drums. Banks is on fire from the first to last track.

‘Desperado’ takes one on an audio travel through the streets of New York City. Picture you walk out on the street, and a cab pulls up and tells you to get in. You start to drive as the cab driver turns up the radio.The cabbie is playing HOT 97 with Banks releasing new tracks from ‘Broke With Expensive Taste’.

Later you see a clip online with Macklemore talking with the DJs on HOT 97 about culture appropriation. After seeing Azealia Banks and the Macklemore interview, I started to see the depth, and majority in both musicians in their way of handling a massive issue.

We want to help bridge cultural gaps, and provide quality content for everyone to enjoy.

‘Wallace’ has an aggressive rock beat, but I want to make the connection back to Christopher George Latore Wallace, also known as Notorious B.I.G. The flute and vocals takes a step out of the comfort zone for some people, but her fresh style is exactly what we find to be the next big thing moving forward in 2015.

‘Soda’ was rumored to be the single for a period of time, but I find it ironic that one would point at one song one this album, and call it a single. The entire album is dripping with bilingual style. ‘Soda’ does have a club beat that will have bed frames working over time at night.

‘Miss Camaraderie’ does an great job of spoiling listeners with inspiring sound production in combination with her dynamic vocals. Banks is the biggest star on her way to making music history on a global scale in the upcoming months. The album combines EDM, jazz, latin funk, rock and hip-hop and mixes it with multicultural audio production. “Broke With Expensive Taste” is the album of 2014, and is the only album set on repeat so far in 2015.