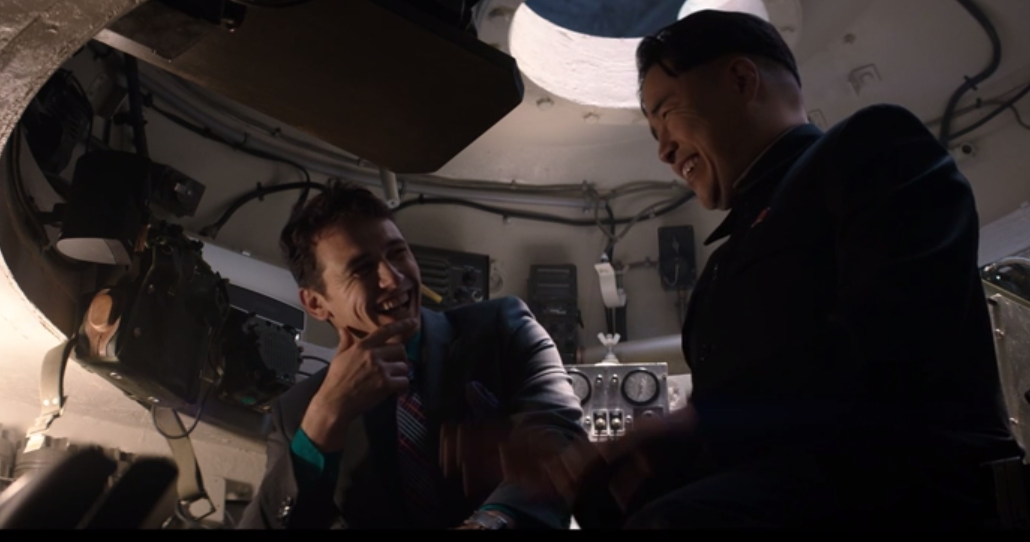 Amy Pascal, former co-chairman of Sony Pictures, has had a turbulent time since last December. NBC continues to report on the Sony Hack from 2014. This past December, Sony Pictures reported that the companies email system had been hacked into, and left the company in a state of transition.

Print and digital distribution companies sat back and watched the guinea pig run the first real test in uncharted waters.

For the first time in history, a feature film, produced by a major film company in the United States, with over a $40 million dollar budget was released on the Web in combination to select independent theaters.

Seth Rogan, writer and director of the film took it on the shins on this one. Some can say it was a victory of freedom to not have the film pulled, and provide the chance to Rogen to express his freedom of speech to audiences worldwide.

Others could say it was a complete disaster that almost crippled Sony Entertainment.

[/av_iconlist_item]
[av_iconlist_item title=’12 Countries Have Released The Interview’ link=” linktarget=” linkelement=” icon=’ue8b1′ font=’entypo-fontello’]
The majority of large budget films are released on as many screens globally to produce the most profits possible for the opening weekend. The Interview took a risk by releasing the film on more home entertainment platforms in comparison to traditional large scale film releases.

Sony Entertainment originally planned to cancel the release all together, leaving them $44 million in the hole. After Sony worked out release system they have continued to release the film in additional countries.

Over the holidays, I watched the film with family on YouTube, and logged into Google+ to see users sharing the entire film just hours after the release.

Film distribution companies will need to start creating code along with film that only reads on computers with IP addresses that have connected to the films server.

After obtaining a masters degree in professional media and media management, I can see the importance on controlling the audiences ability to share content. This film release reminded me of Napster in the 90s, which brought in little to no money, but what it did was create a new platform of distribution.

Napster and The Interview could be seen as the guinea pigs of digital content.

Honeypot, (ˈhʌnɪˌpɒt) n. something which attracts people in great numbers.

The film is a large and obvious use of propaganda. An intriguing piece to this film is the motive behind Sony releasing the film on digital platforms. The term, honeypot, is used in the film a few times.  It is ironic that the film itself works as a honeypot to build an awareness for home entertainment.

This digital release provides a chance for filmmakers to see the process and response generated for a film with millions of dollars in advertising.

Earlier today, I was talking with a friend about the virility of articles on Web. We both came to the conclusion that great articles, like great films, will build traction and an audience no matter how much promotion is put into it.

Genuine storytelling is something that money cannot buy. This film lacks depth in the plot overall, and I think that is the downfall to this film.

It is my view that the expected numbers for this film was down before the release. The company was probably hacked, (all large companies are probably hacked on a regular base) but they used the idea that the hack was enough to pull the film. Sony and Columbia may have saw that the film was not going to meet expectations, and used it as a test to see how a feature film would run on digital platforms.