The String Cheese Incident is touring in 2016, and have released over 20 live dates for this summer.

After their concerts in March, SCI will be taking a break before Electric Forest in June.

The band’s management has noted that: The String Cheese Incident are in the process of recording a new studio album, and will be working for a second time with producer Jerry Harrison of Talking Heads.

This 4th of July, party in Asheville and Atlanta with SCI for their “Independence Incidents” taking place July 1-4.

Scan over their summer dates below. Pick up tickets, and gear up for another year with The String Cheese Incident on the road. 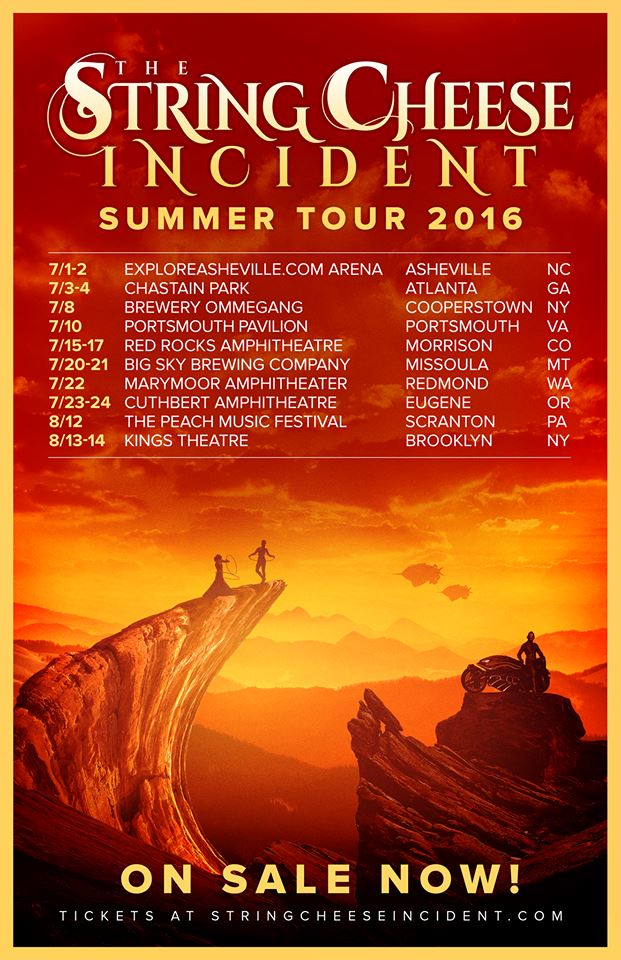 570FansLike
327FollowersFollow
4,561FollowersFollow
1,540SubscribersSubscribe
Crescent Vale 2010 - 2020 © Theme by: Newsmag
We use cookies to ensure that we give you the best experience on our website. If you continue to use this site we will assume that you understand our policies. Ok