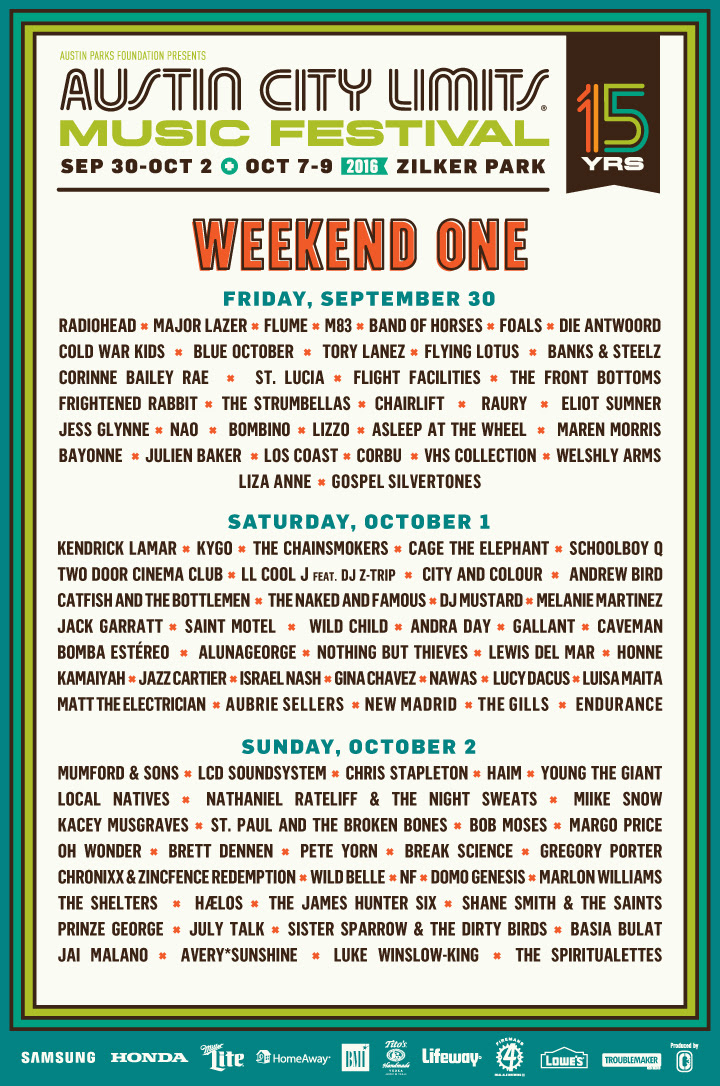 ACL Festival 2016 will be taking place in Zilker Park in downtown Austin, Texas over two weekend, September 30-October 2 and October 7-9. The festival has recently announced the single day lineup and single day tickets.

Radiohead, Major Lazer, Flume, M83, Band of Horses and a wide collections of artists are set to perform on Friday.

Mumford & Sons and HAIM will share Sunday’s bill with Chris Stapleton on Weekend One and Texas’ own singer/songwriter Willie Nelson on Weekend Two.

A limited number of 3-Day VIP and Platinum Tickets, as well as Hotel Packages, are still available.

Over 130 bands will be performing on eight stages at one of the largest music events in the world. 3 day tickets have sold out, but guests can still pick up single day tickets, as well as VIP packages.