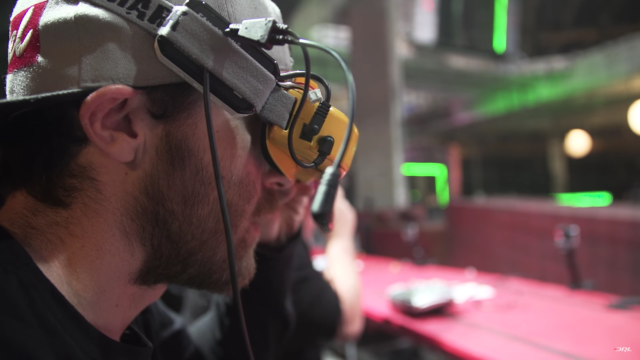 Fly with the Drone Racing League

Drone racing is a relatively new competition that has been building attention worldwide. Along with global partners in the UK and Germany, this form of racing takes the viewer on a ride up to 80 mph.

For those unfamiliar with first-person-view drone racing, scan over this video with a quick look at the progressive sport.

Currently, the races are setup to watch over television with standard viewing. It would be interesting to see additional cameras mounted to the drone to give a 360° look and feel to the viewing experience.

Quadcopters battle it out in a head-to-head competition featuring a neon-infused course.

For those interested in being pilots, DRL offers a simulator to download. DRL has noted that the simulator ‘allows new pilots to learn how to fly a racing drone, compete in actual DRL courses, race friends, and enemies from around the globe, and try out for the 2017 DRL season.’

The racing series started with 30 FPV drone pilots, and 12 finalists have emerged to compete in the 2016 DRL World Championship. Watch highlights below.

#FPV fly through of the championship course. #makingmoves pic.twitter.com/TTNq0Gs17H

How to Film with Drones In a Professional Manner

Watch the CES 2018 Live Stream via CNET on YouTube for Wednesday, January 10