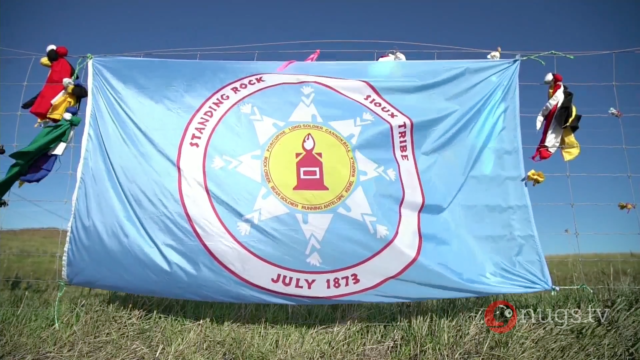 Nugs.tv and Ben & Jerry’s are sponsoring a live stream event to help support and bring awareness to the water protectors in Standing Rock.

Neko Case mixed it up with her powerful form of acoustic rock. The music theme for the evening has been acoustic rock to layer with the peaceful protests taking place at Standing Rock.

Dave Matthews and Time Reynolds will perform last with their captivating acoustic rock. In addition to performing this show, Dave and Time also perform at Farm Aid, along with a long list of other shows that help build awareness for important issues. They blend their music into the fabric of the environment, and create meaningful performances year after year.

Recently, the Army Corps of Engineers sent a letter on Friday to the chairman of the Standing Rock Sioux Tribe explaining that the violent confrontations have taken place, and they are shutting down the campgrounds. Protestors will be issued trespassing tickets after December 5. That statement was released last Friday, and today, Sunday, November 27, it was reversed according to the Associated Press.

Stand with Standing Rock is an informative website with data covering the Dakota Access Pipeline. Connect with the site to make a donation.