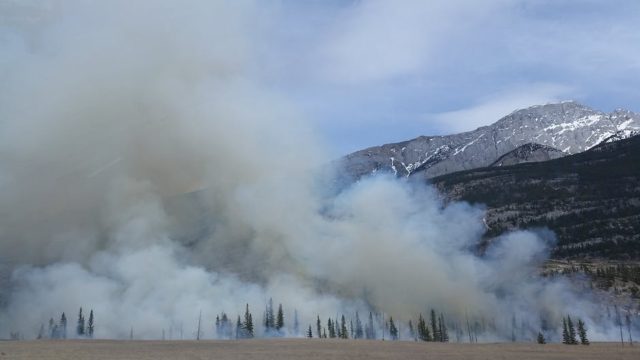 The Thomas, Rye, and Creek Fire Spread Across Southern California

The local fire department in the Los Angles area has predicted that the recent California wildfires will be primarily contained by Friday, but the New York Times is reporting that the fires have continued to spread throughout Thursday.

Dry conditions in combination with strong winds across the West Coast have created a powder keg of problems.

The New York Times has also reported that the wildfires have caused ‘burning more than 100,000 acres and forcing nearly 200,000 people to evacuate.’

These wildfires have taken dozens of lives during the past two weeks, and the men and women risking their lives to reduce the fires are heroes.

A possible solution to this problem could be harnessing wind power with turbines to reduce the Santa Ana winds.

‘The Santa Ana wildfire threat index, which measures the potential for the winds to spread fire, ranked the threat level at high or extreme on Thursday from just south of Santa Barbara to the Mexican border.

This year was the second hottest on record when measured half way through the year. And downtown Los Angeles has received just 0.11 inches of rainfall since the beginning of October, typically the region’s west season, according to data from the National Weather Service.’

They also have noted that the Santa Ana winds are common, but this level of wildfires in Southern California is not as common.

Browse over the YouTube videos to find out more on the 2017 California wildfires.

Fires continue sweeping across Southern California amid strong Santa Ana winds. Here’s a new look at the smoke plumes from one of our @NASAEarth satellites: https://t.co/jfcyXFg1np pic.twitter.com/P6jolrC1sE