International music is set to return to the Rawhide Event Center in Chandler, Arizona on December 30 and 31.

Skrillex, Porter Robinson, and Eric Prydz will be headlining the event. Additional acts will be released at a later date.

“Assembling an opening lineup of acts who have been out of the market for some time now is a sign of things to come in 2019.” – Relentless Beats founder Thomas Turner

General Admission passes for Decadence Arizona are on sale now for $159, before fees. 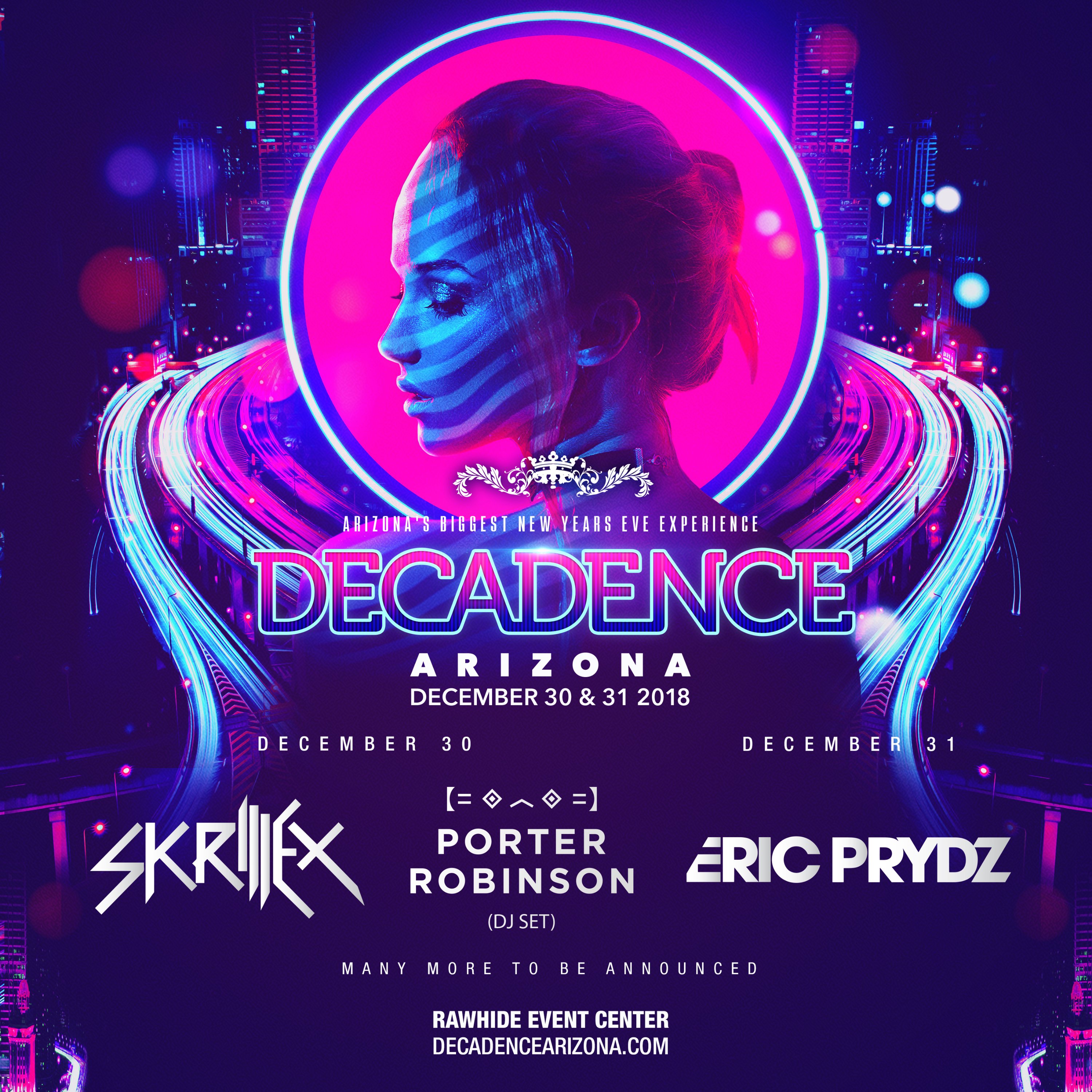 VIP passes will be available at two levels: Standard VIP, including everything that a GA ticket provides plus express VIP entrance, a commemorative lanyard, access to VIP lounge, access to VIP viewing deck, premium restrooms and passed desserts in the VIP areas. Platinum VIP includes everything that the Standard VIP pass includes, plus: complimentary drinks, side stage viewing, access to artist hospitality lounge, steakhouse quality dinner, exclusive festival gift bag, and festival concierge. You must be age 21 and up to purchase Platinum VIP passes.

This year will highlight a much anticipated live set from Porter Robinson. Preview his music as well as Skrillex and Eric Prydz on YouTube.