Lotus performed two shows this weekend in Denver with a concert at the Summit on Friday and a show at Red Rocks Amphitheatre on Saturday. Their hometown live sets produced a unique energy within the audience each night.

On Friday, April 26 Lotus performed at the Summit on Blake Street in downtown Denver. The band was hitting on all cylinders for those sets.

The Summit can hold 1,100 guests. My estimate was Lotus brought that amount, or extremely close to it. 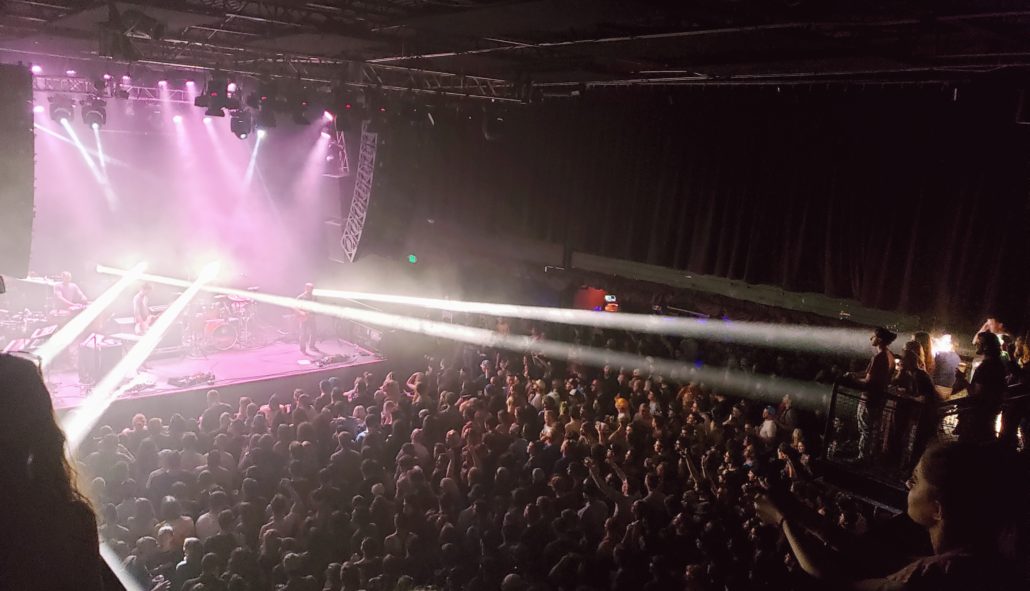 II: Stranger Danger > Intro to a Cell > Dowrn, Did Fatt > Umbilical Moonrise, Dark Brown Earth, Juggernaut
E: Behind Midwest Storefronts
Red Rocks Amphitheatre can hold a little over 9,500 guests. Lotus and company brought close to the amount in on Saturday.

The weather was perfect for late April in the front range of the Rocky Mountains. Temperatures were in the 60s for most of the evening.
As the sunset over the mountains behind us, the Denver skyline began to sparkle in the distance. 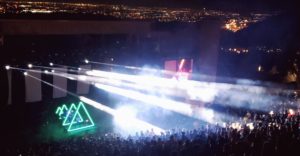 Ghostland Observatory at Red Rocks. Photo by: Matthew McGuireGhostland Observatory is from Austin and has a rich history of live sets in Denver. The way they covered a large catalogue of music, as well as keeping it fresh was engaging. Their lack of lights created darker tone with more mystique. It marked my first time seeing them perform live.

Lotus headlined the show on Saturday evening with a packed house of music hungry fans.

The vibe for me between Friday night and Saturday was a little different. On Friday, the show was intimate, downtown, more aggressive, and reflected the vibe of the venue. On Saturday I felt the music was more for a wider set of audiences, instead of the diehard fans that packed into the Summit.

Both were great sets of live music, but if I had to pick, Friday night was more my speed.

Browse over their remixed versions of their music on YouTube: