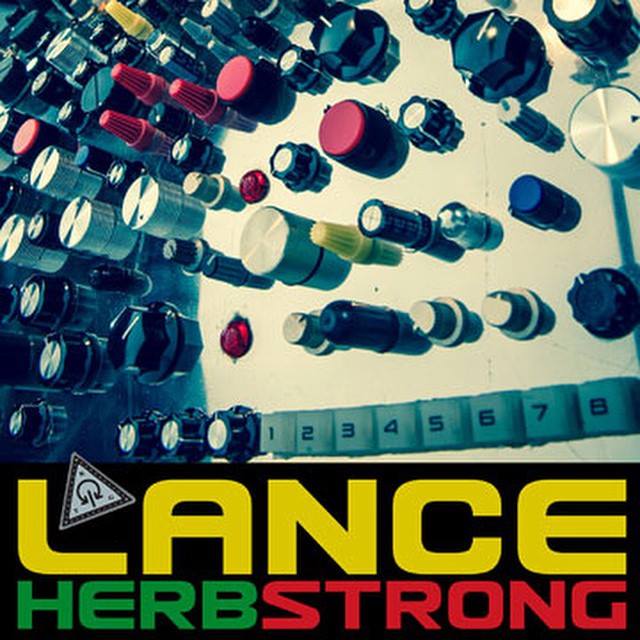 Lance Herbstong makes a strong return to the ring with ‘The Knobturner’s Guild’ on Madison House. The three musicians, Kamal Soliman, Bill Sarver, and Peter DiStefano recently hit the studio to recreate classic rock, hip-hop and reggae tracks with the modernized layers by Lance Herbstrong.

After talking with Soliman and the group in 2013, I found out that they create an entire atmosphere and emotion for each album. He mentioned the more relaxed pace with ‘Tokelahoma’, and the more aggressive spirit behind ‘Meth Breakfast’. This album reminds me of going to the club with the group. It would be the club album in my view.

Let me set the scene; it is mid/late December in Austin, Texas. The temperature outside is around 50 degrees, but inside the bar it feels like 90 degrees. Attractive women pass by you as you move around the venue. Its around midnight at the Vulcan Gas Company, people are gathering near the dance floor, drinks are flowing, magic is in the air, and Lance Herbstrong is about to hit the stage.

The band comes out to a packed bar show with wild fans screaming for new tracks in the song catalog. Peter DiStefano amps the crowd up right before Kamal and Bill drop the beat and get the party started.

Fans have been able to hear some of these tracks early through the band’s Soundcloud account, but now they have the opportunity to stream the entire album.

‘Finally Moving’ is a track that was a huge hit on the Web when the band first released it. The track has layers of classic rock mixed with modern EDM. This album on a whole provides above par sound production.

The band is set to perform in Austin, Texas this Friday, 12/12 at Vulcan Gas Company. Stop by and check out the band perform the new tracks live in concert. Stream and share ‘The Knobturner’s Guild’ with Soundcloud online.

Each track provides the group to showcase their skills in unique ways. The title of the album uses at the term ‘knobturner’ in connection to the ways the producers arrange each track.

‘Blackout’ is a track that I have been looking forward to hearing on an album since the band played it at the 2013 Hangout Music Festival in the Boom Boom Tent. It samples The Knocks for this track. After hearing this track, I checked out The Knocks at the 2013 North Coast Music Festival. Both acts perform well on a live stage.

“It’s our finest work yet, and the album closer sounds like nothing we’ve done before.” – Soliman

‘Banquet Dub’ is another masterfully track that had me wanting more. DiStefano’s guitar arranged with the combination of tracks blended a cocktail of rock music that reminded me of after working a long work day, the the bar is closing, and the band wants to hit up a few after parties.

Lance Herbstrong continues to their wild ride in modern music with ‘The Knobturner’s Guild’. We buckle up, and take a ride to the next party with the band that connects with worldwide audiences.

Live Stream: Pretty Lights Night 2 at The Fillmore in Detroit Streaming on YouTube

Live Stream: Pretty Lights at The Fillmore in Detroit on YouTube