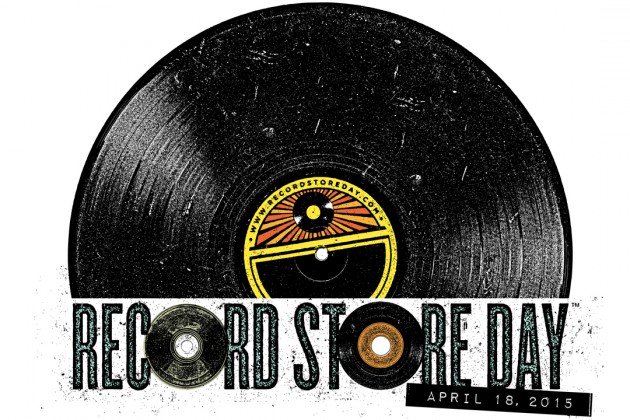 Record Store Day landed on Saturday, April 18 this year. Independent record stores have been given a huge boost by record companies providing them exclusive content available only one day a year, and via the independent record stores. This year over 600 acts have produced material to generate larger audiences, and a communal sense with the bands.

In an era of streaming services, social marketing, and digital downloads, the music can sometimes get overlooked. Record Store Day gives independent voices a chance to produce great work on a national level.

When I bought a limited edition piece of material, the first thing that I wanted to do was share the exclusive content with as many as possible.

This series of album reviews covers live music with Gov’t Mule and Robert Plant, as well as studio work with Bob Dylan and Blackberry Smoke.

Vinyl fans around the country rejoiced with listening parties. I visited an editor with our team, Jason Ross, and asked if we could open the windows and play four records. We put on Blackberry Smoke’s Wood, Wire and Roses.

Blackberry Smoke took the time to put together a few selections from their new album “Holding All The Roses” on acoustic instruments for a special release. It was my first time listening to an entire album, and Ross’ first time hearing the band.

After seeing Blackberry Smoke at the 2014 Hangout Music Festival, I could tell that the band is an act on the rise with a bright future. They just were on Sirius XM Outlaw Country talking about their 2016 plans.

Charlie Starr has a wholesome, southern tone of voice. Starr compiles an interesting set of lyrics with his words. His vocals are a highlight on each track of this album.

Levi Lowrey, fiddle and guitar player, added a exclusive touch to the album. His versatile style to instrumentation is a smart and unique approach in country music.

The drum and bass from Brit Turner and Richard Turner has a classic country style. Their sound reminds me of the Allman Brothers style of harmonization.

During the listening party, I asked Ross his perspective on listening Blackberry Smoke for the first time. He mentioned that ‘Too High’ was his favorite track of the album.

Brandon Still is on piano and fits in perfectly on the first song. Ross said it made him feel like he was in a old western saloon.

Q. How would describe the slide guitar on this track?

A. Haunting slide guitar. It was a treat to hear on vinyl.

Living in the Song

It was relaxing soaking in the slower tempo, mild guitar solo, the softer tone and beat.

The lyrics in this song made us both think about living in a song metaphorically, and it pushed me to ask Ross about a song that describes him the most.

What song describes you the most?

Homegrown Tomatoes, Guy Clark. It is about the best things in life that do not cost anything.

I felt the passion in Starr’s voice on this second track. The band produced this album and I felt did an excellent job showcasing skills from each musician.

Women In the Moon

During the second listen, l felt that the different tempos works better for different kinds of people. If all the songs were fast, or slow, I would find that to be repetitive. I wanted to see why Ross was not as into the third track.

To find out more on why Ross was not connecting with this some as much I asked him to listen to the first side a second time.

How would you feel if we played these same tracks over? Would you have the same reaction?

Let’s do it and find out. After the second listen, I do like the third song more.

Lay it All on Me

The acoustic instruments used on these tracks along with playing a new record on vinyl created a satisfying listening experience.

Brit Turner on drums filled the house and neighborhood with a southern fried mix of alternative country and outlaw rock.

Let Me Help You

Ross stomped his foot in delight when listening ‘Let Me Help You’ on the first listen. I wanted to see what emotions and thoughts were going through his head on this track.

What do you think of this song?

It is a good driving song.

So, you are a big Tom Waits fan. How do you feel the band performed his song?

“The band shows how versatile a song can be.”

Since I had just listened to that song for the first time, I enjoyed the intimate sound that the band put into Wait’s material.

It was your first time listening to Blackberry Smoke. How would you describe their music?

They have a southern presence, and overall I connected to the lyrics the most.

The Night We Called It a Day

The Night We Called It a Day

An orchestra sound style opened this classic Dylan tune. It filled the Carbondale downtown area with a layer of class on Saturday evening. It definitely had the tempo of music produced from Dylan in 2014.

Ross mentioned this is more of a Tom Waits kind of song that I like. The standup bass and melody makes Ross think of Waits.

The vocals on this track were soft and average for Dylan. There is no doubt he is a talented artist, I just did not feel a strong presence on this song.

Ross added, “so, you are all over Blackberry Smoke, but nothing for Dylan?”

I start to repeat that he is a talented artist and Ross interrupts me and said, “yeah.”

My response was to ask Ross his reaction to Dylan’s tune. What do you think?

“Grandpa is tucking me in.”

I responded that it is okay for him to throw the Dylan under the bus, but not me.

He said he liked ‘Stay With Me’.

The album marked the first time that Ross and myself had listen to Plant and the Space Shifters. I was impressed with the musicians that Plant has decided to play with. At first, I had my reservations about Plant performing with musicians outside of Led Zeppelin. After listening to the album, I can see why Plant choose these musicians to pave new roads in the music industry.

First Impression: Plant and company instantly connects audiences with guitar, latin groove, and a driving rock rhythm that grabs attention from all walks of life.

The people passing by would hear each record being played, and it was this album they responded to the most. It is an honor to have a copy of these live performances put together exclusively for Record Store Day.

Robert Plant and the Sensational Space Shifters will be performing at the a series of festival dates this summer including Bonnaroo and Lockn’ Music Festival.

The energy on the A side captures an intense live performance from the band’s 2014 world tour.

I moved into the next room hearing the harmonized vocals and woodwind instrument carrying through the hallways. Ross added he felt an Irish influence on ‘Poor Howard’ and said it was his favorite album of the night.

The crowd opening and closing is a nice touch to this album, as well as the Mule live album. I would suggest using this technique during a solo section. The remastering of this record is done extremely well.

An acoustic woodwind instrument accompanied Plant’s voice along with a universal percussion sound that created magic downtown for everyone in the listening distance. Students from the nearby university were treated to a downtown live listening party. The weather was warm and the windows were down.
The band’s transitions between songs in the medley were polished and dialed in. Overall it was an excellent record, and a band full of potential of performing above par in a live setting. This record help validate there position in live rock.

Label: Evil Teen Records
[/av_icon_box]
Jackie Greene ignites the electric guitar and backing vocals with his guest performance on Of the Mule Vol. 2. Gov’t Mule performed live at the Tower Theater in Upper Darby, Pennsylvania on Halloween in 2009. The band performed several tracks from the Sticky Fingers album by The Rolling Stones. The Stones are out on an America tour this summer, and this album fit in perfectly to the vibe of 2015.

Greene’s accompanied Haynes on vocals for this track. It was an excellent merger for them to sing together. Their voices harmonized well together, especially on songs with softer melodies.

Originally written by Mick Jagger and Keith Richards for Sticky Fingers in 1971, performed live by Gov’t Mule in 2009, and released on vinyl for Record Store Day 2015.

The songs performed during this performance capture a timeless energy from the greatest era in Rock n’ Roll.

The funky vocal opening gave an alternative take on this Stones song. Danny Louis on keyboards, killed this song, he had it covered from the top to end.

Each member of the band was provided a chance to shine for this classic rock piece of art.

Jackie Greene assists Gov’t Mule on the electric guitar for this powerful live concert. Warren Haynes belts out a soulful rendition of select songs from The Rolling Stones.

Can’t You Hear Me Knocking

This Stones live track reminded the downtown crowd why Gov’t Mule and company can get just as dirty as Mick and Keith.

Steve Elson tears up the saxophone on ‘Can’t You Hear Me Knocking,’ as well as additional tracks during the set.

The heat generating from this live concert reminded me of a Gov’t Mule show in Memphis that was suppose to be set at the Gibson guitar building roof located on Beale Street. The show was held indoors, but it was as hot as Memphis BBQ. Matt Abts performs drums, and keeps the heat on the grill of the Gov’t Mule tour bus. This summer the band is going to tour internationally before making a return to the states for the festival circuit.

Gov’t Mule adds southern rock overtones to the music from the Rolling Stones. Elson did a superb job, but it would be interesting to see him and Karl Denson duel saxophones together live on stage.

This classic song energized the downtown audience, as women screamed for no reason passing by. The record selection did add to the time of the day. As it got later, the rowdier music had a better reception.

Gov’t Mule pulled a quick fake ending to this track, which I enjoyed, and wish they would have pulled a few more fake endings in songs. Overall, that was some of the best live Mule I have heard in years.

Blackberry Smoke Set to Release ‘Find A Light’ on April 6