Worldwide Cultural is Celebrated at Tribeca 2016

The Tribeca Film Festival will be premiering over 20 virtual reality installations at the event this year. Tribeca has noted that 16 of them will be making their world debut.

The VR filmmakers will appear as part of Imagination Day and a selection of their work, including Inside Impact: East Africa with President Bill Clinton, Cirque du Soleil’s Inside the Box of Kurios, and Nomads: Maasai will be featured.

“Our responsibility now, along with the talented Felix & Paul Studios and Baobab Studios, is to fuel this new community’s collective imagination, create a place where ideas can be exchanged to make the stories even better, and push these new mediums forward.” – Genna Terranova, Festival Director

In addition to virtual reality projects, the festival will host featured speakers with Tina Fey and Tom Hanks. 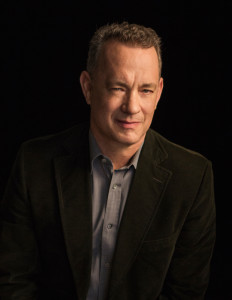 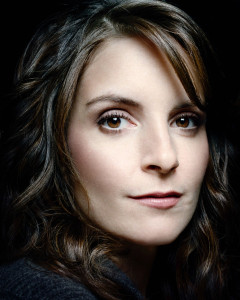 The Tribeca Film Festival, sponsored by AT&T, will host their 15th annual festival on April 13-24, 2016 in New York City.

Tribeca Talks: Storytellers, is a series of in-depth conversations with leading creators taking place at the Tribeca Festival Hub and other venues. Tina Fey and Tom Hanks are among the first of the featured actors, artists, musicians, and writers to be announced.

World premiere of Magnolia Pictures’ Metropolitan Museum of Art documentary The First Monday in May on Wednesday, April 13th.

New this year is the emerging field of micro films with Snapchat. Tribeca Snapchat Shorts will showcase the filmmakers that utilize the Snapchat app, and produce short films.

One interesting element behind the Tribeca Snapchat Shorts program is the contradictory purpose of application and how filmmakers have used it in the past. Snapchat is known for their ephemeral film, (lasting for a very short time). The application allows users to film from their smart phone, and broadcast it to their followers for one day. This allows the servers at Snapchat the ability to save your video files, and remove the users ability to access them.

In a way they are supporting the filmmakers with server space, but in another way they are removing the option to access the video files at a later time. That aspect of being able to view a video days later removes the purpose of Snapchat.

Why wouldn’t users just YouTube their work, and have a copy for themselves. The video file can be any size, and users can get paid for their original work.

In reality, Snapchat doesn’t pay their producers, and should compensate them. But, Tribeca and the Discovery Channel feels the need to capitalize on this platform in 2016. I disagree with their thinking, but that is what a democracy is all about. If you are a young person, and you don’t understand you should be paid for your work. Well, you should, and rarely use Snapchat. Broadcast on YouTube, and get paid for your work.

A jury of avid Snapchatters will pick the top ten stories. The winning Tribeca Snapchat Shorts will screen during the 2016 Tribeca Film Festival in New York City and may be featured on a Discover channel on Snapchat.

THE REVENANT’s acclaimed lensman Emmanuel Lubezki weighs in on the film vs. digital debate. https://t.co/hF8TQtg2Nq pic.twitter.com/0lherh188M

570FansLike
327FollowersFollow
4,624FollowersFollow
1,540SubscribersSubscribe
Crescent Vale 2010 - 2020 © Theme by: Newsmag
We use cookies to ensure that we give you the best experience on our website. If you continue to use this site we will assume that you understand our policies. Ok