Big Grams has teamed up with Adult Swim to produce a short film containing two of their songs with ‘Born To Shine’ & ‘Run For Your Life’ off their self-titled album released in 2015.

The video contains stunning visual graphics, but lacks a storyline to pair with the music and visual art. Killer Mike, lyricist in Run the Jewels & activist, creates the plot in the first video with his opening line: 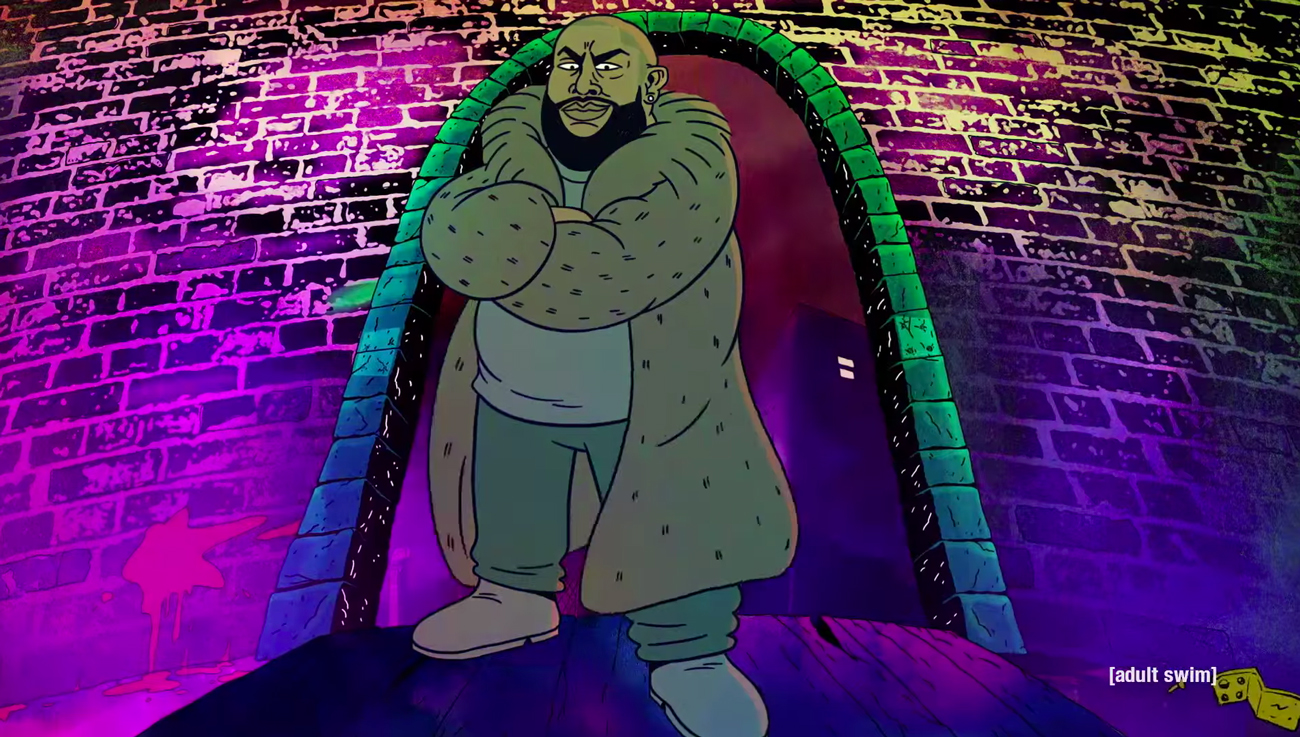 The reason I love this lyric so much is his inspiration for Ric Flair, the professional wrestler/sports entertainer. With WrestleMania being this week, I wanted to give a shout out to both lyricist in their own time. During the ’70s, Ric Flair owned the microphone in sports entertainment. Now in 2016, Killer Mike and Big Boi and are fighting out on wearing the crown in the music industry.

The lyrics in both of these tracks are dark overall. It would have been more interesting for me to see the characters not showcase self-destructive behaviors, and work together to better society, but that just isn’t good ol’ fashion show business. With Adult Swim, I expected more laughs, and comedy. Drug use and prostitution might be two of the oldest businesses in the book, but I like to see forward motion with Big Grams.

Adult Swim creates a beautiful video. watch it below.