The LOCKN Music Festival is expanding their lineup with performances by: EOTO, Moon Taxi, Hard Working Americans, Circles Around the Sun, Doobie Decibel System, Garcia’s Forest and Donna the Buffalo.

Along with live entertainment, the events has noted that:

“LOCKN’ also features an array of other activities, from on-site camping, locally sourced food, and craft beer to lifestyle events, biking and hiking tours, daily yoga, SoberLOCKN’, family camping, and much more. “Garcia’s Tent,” a fan favorite at the previous two LOCKN’s, will expand this year into its own environment, to be known as “Garcia’s Forest.”” – LOCKN Festival Organizers

This year Phish, My Morning Jacket, Moon Taxi and Vulfpeck all make their debut performances at the LOCKN Festival. 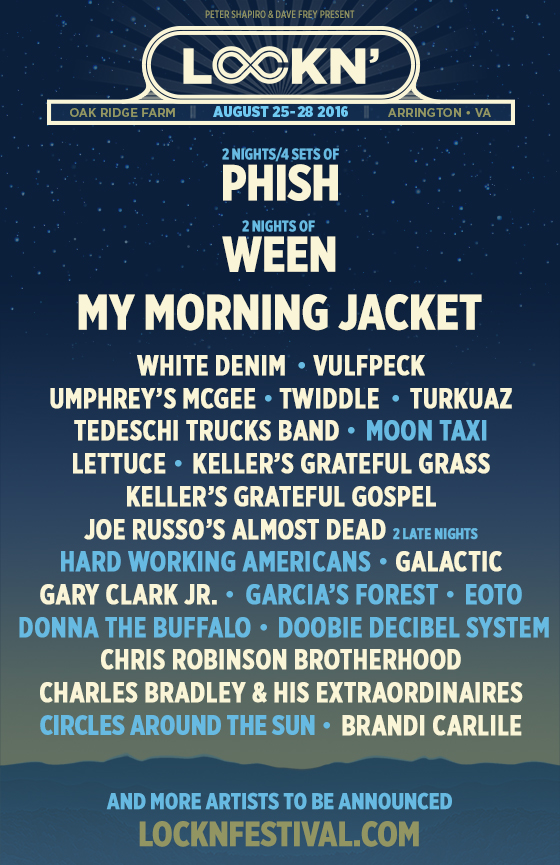 Dirty Heads Bring the Heat to Red Rocks on July 9