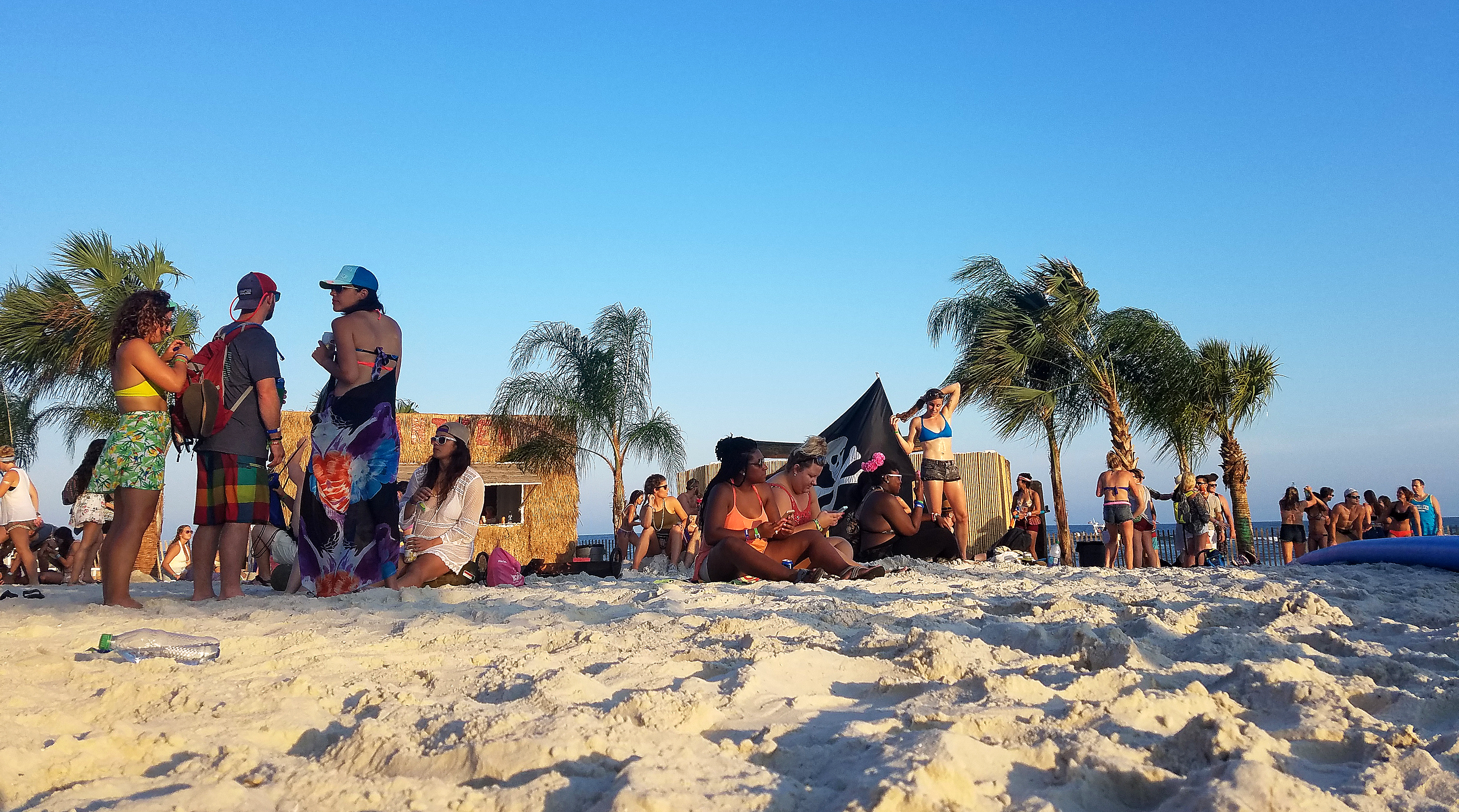 Saturday’s weather provided clear, sunny skies and energetic people from all over the country and globe to party at Hangout Fest.

We arrived to the beach to catch Portugal. The Man performing on the Hangout Stage. We ate some food, and ventured over to Camp Hangout. It was a recreational area for people of all ages to interact with kickball, a fire pit, water guns and relaxing shade during the early hours of the day.

I can’t remember the last time I played kickball, and being 31-years-old, I felt like a kid again at bat. I did fail to make proper contact, but that did not stop me and Teddy from spreading positive vibes. At one point, I’m yelling at Teddy to steal second base after his kick. There is a younger kid on first, and I kept yelling at Teddy, ‘steal second base.’ The kid on first is about ten, he looks over at me, and says ‘I got this.’ It was comical.

The crowd and weather was perfect on Saturday. Despite losing a headliner, the people at the event were still amped to hit the beach and hangout with close friends and family.

Each year the festival hosts a wide array of original acts. I would like to see more acts that tie into the history of the event moving forward.

Nahko and Medicine for the People - 'Vultures of Culture'

Nahko and Medicine for the People - 'Aloha Ke Akua'

Late Friday evening/early Saturday morning there was a car accident in Los Angeles involving Calvin Harris and a 16-year-old girl.

Originally, I was upset with Harris’ inability to make it to his scheduled headlining show at Hangout Fest. After reviewing footage from the wreck, the information from the hospital, and his recent response, I find that his decision to cancel shows is valid. He recently canceled two more shows.

Panic! At the Disco stepped up to headline in replacement for Harris. I personally would have not made this decision, but after speaking to multiple people that enjoyed the set, and noted it was a good decision, I guess entertainment is in the eye of the beholder.

Thank you so much for your messages and sorry to any disappointment I caused with the show cancellations ...

Kayaking in Virtual Reality with Rafa Ortiz and Red Bull

How to Film with Drones In a Professional Manner