A Documentary on International Skateboarding with Thalente

Natalie Jones, director for I Am Thalente, worked with Seed & Spark to produce a social conscious film project that portrays a life of a homeless young adult, Thalente Biyela, and his aspirations to compete on a professional level.

When I first saw the trailer to the film, I experienced chills and goosebumps over the amount of drive and spirit within Thalente. It was clear that a higher power was telling me that this film had meaning, it contains substance, and a voice of reason in a world of chaos.

I’ve never watched footage from South Africa before with such depth. I Am Thalente brings the viewer to Thalente’s origins. It shows the struggle of being homeless, and the pitfalls that come along to living on the street.

Thalente arrives in the United States to compete in his first international skateboarding competition. Much like my first time at standup comedy, Thalente bombed in his first run.

The film shows Thalente falling down psychologically, but the takeaway point, is watching Thalente getting back up. His drive to not give up when a situation becomes difficult is the backbone of the film. When I asked him what the toughest part about this film was, he responded, ‘myself.’

Thalente’s self awareness at his age is progressive. I am close to being ten years older than Thalente, but I have been able to learn how to overcome my own personal roadblocks from his story. As I come from a lower class family, I experience a glass ceiling in the entertainment industry. I Am Thalente gives insight on overcoming odds. It relates to anyone that faces roadblocks or obstacles in their life.

Kenny Anderson and Tony Hawk both provide their hard knock upbringings. As a skateboarder, I looked up to both of these professionals for years. Being able to see them open up about the roadblocks they have pushed through worked as additional depth to add to Thalente’s story. As much as we have struggled in the US, I can only take my hat off to Thalente to make it out of South Africa, and to continue his passion.

Watch the trailer to the film below, and scan through interviews with Natalie Jones and Thalente Biyela. 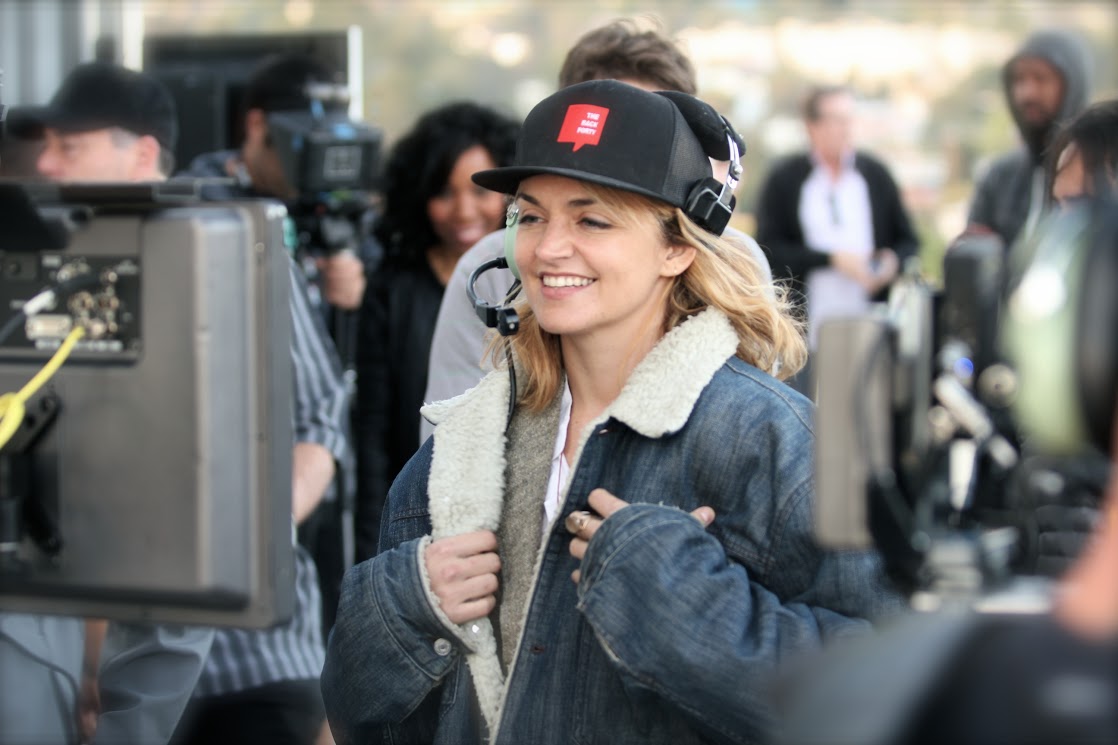 Q. How did the idea to do a story on Thalente originally come about?

I was asked first to do a little video to promote his skateboarding. So, we could share it with sponsors. We were trying to find some help to get him with equipment, boards or money, anything to get him off the street. It was Tammy Smith, that was in the film, she has known him for many years, and she had been helping him. It was her reaching out. I was very taken with his story.

I was quiet complexed by his situation. If you do want to turn your life around, how do you do that? How do you get off the streets? What does it take? And that question was cycling in my head. I did the first interview with him, a little piece, and I was completely blown away by him.

The film came about with me thinking of ‘what it would take to get off the streets?’

The film became a tool of exploring what it would take, and in a way, within that inspiration, documenting it, and supporting him.

It was more about using what I do, and what I know how to do, and the exploration of the question to see what it would take to get off the streets.

What about Thalente’s personality drew you in?

There was two things, one he was resilient. He had been through so much, but his kindness, compassion and care for the world was still at the forefront to everything. I sat down, and interviewed him. I asked him about his dreams for the future. As much as he was saying he wanted to be a professional skateboarder, he was like, ‘I love to be able to come back and build skateparks and help other kids that were in my position.’

That kind of kindness, compassion and empathy, and understanding for [people] is really unique. You would have to have been through something in life to put you in a place where you can see people equally. And you can see people without judgement or expectation.

That to me, that is rare, and something we can all aspire to. To have that sort of equanimity, that belief that we are all the same.

How long did you work on this film?

I worked on the film for four years total. It took me at least a year to edit it.

What was your biggest obstacle in making this film, and how did you overcome it?

I think it is just managing what was logistically possible. The first expectations that needed to be managed, were my own. My desire, and need for him to do well, and to take advantage of the opportunities coming his way. I had to manage that, because you add an extra layer of pressure and expectation on someone who already has got a set of expectations, and believes on what he feels he is capable of.

When I was talking to financiers, they were expecting something big to happen. And, really life is just a series of small events. The managing of those expectations was a challenge, and resulted in me having to finance a lot of it myself, and do crowdfunding, which was actually the most perfect thing we could have done, because it helped validate the story, and helped connect Thalente to an audience.

As a filmmaker, do you see connections between skateboarding and filmmaking?

Really straight forward connection. It is really, really difficult to build a business and a sustainably life out of a passion. It is the same struggle. Thalente passion is skateboarding, it is what he is good at, and that is all he wants to do.

When you take something that you love, and you have to make a living off of it based on things you have to change. I think it is the age old idea on ‘how do you build a business out of a passion?’ How do you make a sustainable life for yourself? I had to make a lot of sacrifices to make this film. And to be successful in skateboarding there is certain things he has to live up to and adhere to when going pro. Those are some parallels.

Have you done any skateboarding?

(laughs) I use to skateboard when I was really little. I hadn’t skateboarded in two years. Thalente was teaching me, and teaching the other kids how to skateboard. But honestly, to do any of the follow skateboarding, the actually skate filming, you need to be a professional skateboarder. I got on, but just for fun.

We had the amazing Lawrence McCullum, who is actually in the film, and did much of the skate filming. We owe so much to Lawrence, not just for the imagery, but for the friendship.

Watch I Am Thalente on iTunes.

Thalente Biyela
What did you learn most while working on this film project?

I was nine, about to be ten. I was ten when I started.

This is what it is, I use to surf before I started skating. So, I had good balance already. In 2004, when the skatepark opened, I learned how to drop in, which sucked, I landed on my ass. But then, I got a second try, and since then it has kind of been history really. I’ve been hooked ever since.

What was the biggest obstacle during this film project, and how did you overcome the battle within yourself?

I still haven’t gotten to that point, but I basically have to turn all of my negatives into positives in order to get to where I want to be.

What about skateboarding do you love?

I mostly like the freedom of it man. The freedom of it, and how much you can learn from it can change your life. It changed my life. I never thought it would become a way of life for me.

It teaches you a lot about failure, falling, getting back up, and not giving up on a certain trick. You know if you land it, and you have been working on it for six hours, the feeling of landing it is going to be very rewarding. You can apply that to a job that you want, or girl you want to date, or whatever in everyday life you can apply that.

I feel like so many people don’t really understand when it comes to skateboarding. It is more than a piece of wood, it is a way of life. People see one side of it, which is very easy to when you are looking from the outside in. It is very easy to see things one sided.

I like to see things from all angles. It is nice to be open minded.

What should the next generation know about you?

There is no specific thing. If you look at life, it is always evolving. There is not one specific thing, people my age, but basically what I am telling people I meet is that I want people to be empowered.

I want people to have hope when there is no hope. I just want to be able to empower people, and impact peoples lives small and big.

I want to take my gift and my story and pay it forward.

I Am Thalente US Dates