Travel back one month to Gulf Shores, Alabama for 4 days and nights of the best music festival in the country. The dust and sand has settled, and now we can sit back and enjoy all the moments that unfolded this year.

Hangout Music & Arts Festival bounced back this year with another sell out. The event in 2012 sold out tickets in record time with a stacked lineup. Several #HangoutFest alumni were brought back this year to pack the beach.

We start off our ‘One Month Later Recap’ with featured images from Brian Glass at Concert-Captures. Last year at Hangout I was able to meet and get to know Glass, over the summer we battled nationwide to help collect and capture the best moments from music festivals small and large. Go through all the heart-stopping moments through the eyes of Concert-Captures.

Second we wanted to dig deep to the core of Hangout by interviewing Sean O’Connell, Operational Manager from the Hangout Music Festival.

Q. Can you briefly describe how you got involved with the Hangout and your history with the festival? 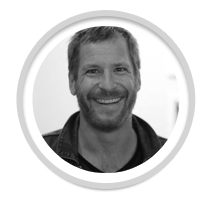 Sean: I’ve been with the festival since the inception. The founder, Shaul Zislin reached out. My background is working the media scene for most of the major music festivals in the country. Once I got to know them, saw their incredible vision, and after seeing the beach, I was sold. During the first four years, I did all the branding and marketing for the festival. This past year they asked me to come on full-time and join the business with them.

Q. When you look back on the festival this year; what is the first memory the pops into your mind?

Sean: The people. We are in the smile business, right. So many people smiling. Sometimes you get so busy with the event you can’t process everything. Once you look at the social networks on Sunday and Monday, just the amount of people, I mean in the thousands write, “this is the best weekend of my life”; that is an incredible fulfilling feeling, and we work incredibly hard to produce that experience.

Q. How many guests attend each day? Is there fewer people that attend on Thursday? Do you see there being an increase in the attendance cap for 2015 or staying close to 40,000.

Sean: We hosted 40,000 guests a day, with three day passes. Thursday is obviously much smaller, and it offers something special for fans who can get into town a day early. Most fans travel over 500 miles for the event.
By Friday afternoon, everyone has shown up for our beach party. 40,000 felt great and we have no plans to increase the attendance.

Q. Are you familiar with the sound ordinance of Gulf Shores, Alabama? Is that the reason performances ended at 10:45 p.m., and the lack of late night shows?

Sean: It has nothing to do with the sound ordinance. What makes the festival unique is that is an easy festival. You stay at a condo, you bicycle, take a shuttle, walk or to our festival. This location provides the fans a chance to go back to their condos and hang out. We hear from fans that they appreciate that they don’t get burned out.

Q. Which one element would you like to see improved for the festival next year?

Sean: We added an incredible amount of things this year, from 2013 to 2014. We added a dance tent in the middle of the festival. We added a sixth stage with the BMI Stage, a fashion tent, a margarita bar and a coffee shop. I thought the Blu Beach Club and the Chevrolet Beach were absolutely wonderful. We went for it, and were really happy with those elements. There is a couple of pitch points that we plan to address. Those are really easy fixes. We are going to add delays to the Chevrolet Stage to help with sound. We will always be improving and always be creative.

Sean: It is way more than a music festival at this point. We spend a lot of effort on every detail including art, decor, ambient lighting, shade and palm trees. Every part of the experience is important to us. Lilly Zislin, one of the festival founders, is also our Creative Director. Shea has an incredible vision. I am always excited to find out what she is planning next. It make it exciting.
When we market the festival, we market the vibe. The lifestyle, the location, and are fans are as headliners too! At the Hangout you don’t listen to music. You experience it. That vibe translates year around. People visit the Hangout Restaurant in Gulf Shores year round and pick up those shirts.

Q. How many staff and volunteers go into making the Hangout Music & Arts Festival possible? (Do you know if this is an increase from previous years?

Sean: It has increased slightly to help with the stages. It’s about 2,000.

Q. Which band or act do you think left the biggest impression on the crowd, and why?

Sean: (laughs) There is no way it comes down to just one. There is so many. I thought OutKast was one of the best shows we have ever had on the beach. The Avett Brothers brought it, some people were saying it was their favorite show. Modest Mouse was a greatest hits show that was absolutely fantastic. Matt and Kim I heard from so many fans and themselves that it was big. Amos Lee with a choir gave me goosebumps. A lot of the smaller bands that we turn people onto. Diarrhea Planet blew everyone away. They are more than just band with a weird name.

Q. Why do you work with the Hangout Music & Arts Festival?

Sean: It is the most spectacular music venue in the world. There is something very different about music on the beach. You are experiencing it more than just listening to it. I’ve always told people, that if I stop working music festivals, the Hangout Music Festival is the only one I would keep going to every year.

It’s the best job ever.

In order to help guests soak in the rich history at the Hangout Music Festival; we wanted to highlight the team that has been keeping the festival afloat for several years.

The festival was founded in November 2009 by Shaul Zislin. They both looked for a premier location before finding the sanctity of the public beaches in Gulf Shores, Alabama.

The two gentlemen teamed up with Sean O’Connell and a cast and crew of other trained professionals to take on producing an annual event that would change peoples lives forever.

After the quick sell-out in 2012 and 2014, it appears that certain people would have folded, but not the staff at Hangout. From top level management, to working staff; the entire cast puts everything they have into fours days in May, and the result is beyond memorable.

Andrew W.K. Gets Real with ‘You’re Not Alone’ on March 2