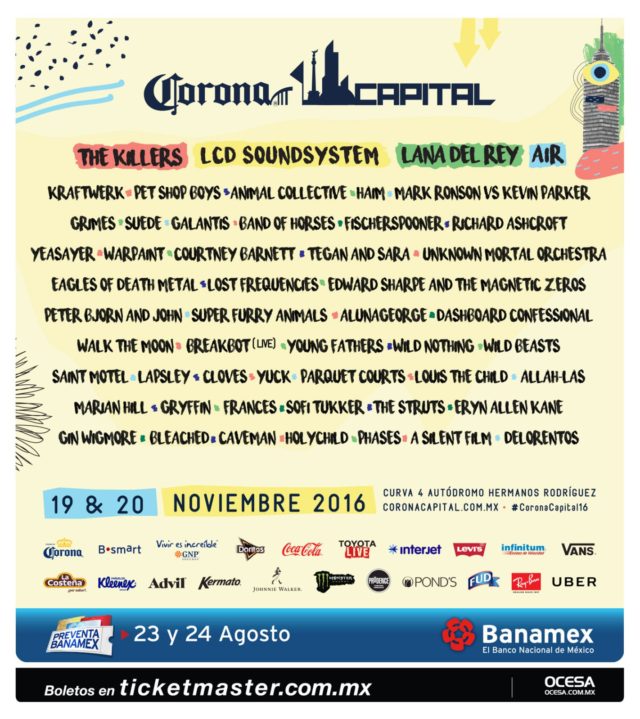 Corona Capital has just released the music lineup for their 2016 event featuring: The Killers, LCD Soundsystem, Lana Del Rey, and over 50 live acts.

The festival will be held in Mexico City on November 19 & 20.

International touring acts will fly into Mexico for two days of large scale music in a city with a population of 8.8 million.

Corona Capital Festival is set to have live performances by award-winning groups such as: The Killers, LCD Soundsystem, Lana Del Rey and Air.

Kraftwerk, a German-based electronic group, is currently touring the globe, and will be on hand for Corona Capital. Pet Shop Boys and indie rockers Animal Collective are set to showcase thier latest material in Mexico.

Take a look back at Corona Capital 2015 with YouTube 360°. Link up to tickets on Ticketmaster Mexico via the festival’s main website.